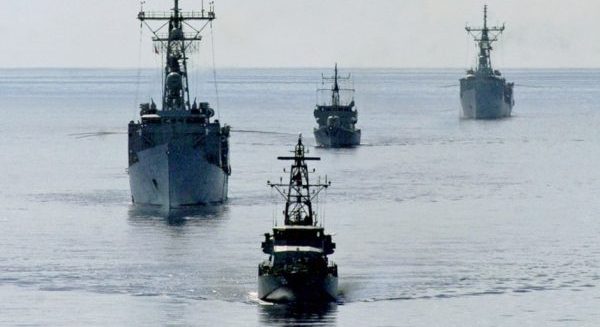 The drug trade presents a significant booming, with the US Coast Guard reporting nearly half a million pounds of cocaine seized between October 2016 and September 2017. Despite this, American officials estimate they intercept only 20% of the cocaine that leaves Central America for American shores.

According to OEF Research, the success of the illicit trade is due, in large part, to increasingly sophisticated trafficking strategies and technologies used by criminal networks. These are typified by the recent proliferation of trafficking via “narco submarines”, small vessels that sit just below the ocean’s surface to avoid radar detection. The Center for International Maritime Security reports that these vessels have been found everywhere from the Central American coast and Andean river systems to the open waters of the Pacific Ocean and the Caribbean.

“Violence in Central America is unlikely to decline until regional maritime governance can dramatically constrict this vital revenue stream for powerful criminal groups,” the statement reads.

2. Robbing countries of their offshore oil

Inadequate maritime security hampers Gulf of Guinea countries from fully realizing the profits of their oil wealth, with Nigeria being the most typical example, as it loses about $1.5 billion per month to crude oil theft. Most of the robberies occur when criminals siphon pipelines and resell crude to nearby barges and tankers.

This theft has pernicious consequences for Nigeria’s political stability. It fuels the corruption that plagues the government and funds several violent actors. The Nigerian government’s response has been costly, as it has tripled its Niger Delta Amnesty budget by providing an additional $111 million to pay the monthly stipends to militias. Critics of the approach argue it is unsustainable because the government is facing a cash crunch in the wake of a significant reduction of oil revenues on which it heavily depends.

“If Nigeria is to harness the dividends from its natural resource bounty, it will need a multi-pronged strategy that improves maritime security, roots out corruption, and provides an inclusive economic plan that eliminates the incentive for oil-fueled insurgency in the Delta.”

Migrant smuggling is a significant source of financing to Libyan armed groups. As explained, militias essentially run a protection racket, requiring smuggling groups to pay in order to operate within their territory. In addition, Italy has begun to pay off some militias in return for a crackdown on smuggling activity. While these payments appear to have successfully reduced migration, they also increase the financial resources of some armed groups over others. This has led to additional armed conflict between militias.

“Insecurity on land and at sea have fueled one other. Disorder on shore has led to increased migrant smuggling. At the same time, migrant smuggling fuels conflict on land by providing financing to militant groups.”

4. Launching assaults from the sea

Many violent actors use the sea to facilitate attacks, when maritime spaces are not effectively governed. In March 2016, the jihadist group al-Shabab mounted a sea attack on the Somali town of Garcad. Hundreds of militants arrived by boat and took over neighboring coastal villages.  In October 2016, Houthis rebels fired missiles at an Emirati civilian ship in the Red Sea that was carrying aid, wounding Yemenis, and other passengers.

Maritime insecurity also led to attacks on refugee boats off the coast of Yemen. In March 2017 a boat carrying over 150 refugees from the Somali coast was attacked by an unknown source, resulting in the deaths of 43 people.

“The lack of accountability and law enforcement within territorial waters encourages an expansion of conflict into the maritime domain. These cases demonstrate the necessity of good maritime governance to maintain peace onshore.”

Groups operating in the archipelagos of southeast Asia aim to control the space between islands to expand their territorial holdings. Waterways and seas packed with rural, remote islands make these enclaves vulnerable to all kinds of illicit maritime activity. Non-state actors with the capacity to operate at sea thrive in such environments.

The complex constellation of rebel and criminal groups can exploit this region’s poor maritime situational awareness. Abu Sayyaf militants have used kidnapping for ransom to fund their operations in the Straits of Malacca.

The Philippines, Malaysia, and Indonesia have established joint naval and air patrols, and command posts in the Sulu Sea, to address the transnational nature of maritime security threats in the area.

“Countering these threats will require more attention to good maritime governance. When non-state actors can no longer profit from illicit activities at sea, they will pose a lesser threat to coastal political stability and economic development,” OEF Research concluded.