EU NAVFOR requests image or video taken during an incident, if possible 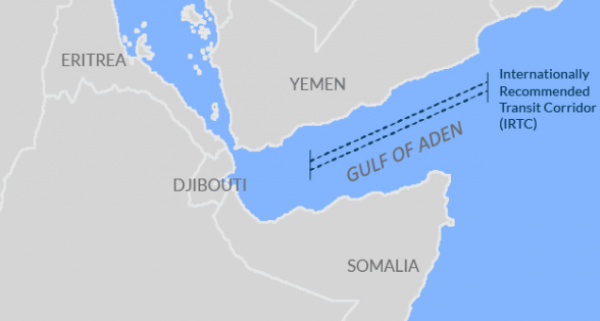 Ships sailing through or operating in the Red Sea and the Gulf of Aden (GOA) are advised to refer to the Industry Releasable Threat Bulletin (IRTB) issued by Combined Maritime Forces (CMF) and European Union Naval Force (EU NAVFOR), to be informed of an incident that took place in the GOA, in advance of the publication of their next quarterly Industry Releasable Threat Assessment (IRTA).

Specifically, on March 3, 2020, a vessel was approached at speed by three skiffs. In the beginning, warning shots were fired by the Private Armed Security Team employed on that vessel but the behaviour of the skiffs did not change.

The security team then fired upon the nearest of the two apparently unmanned skiffs on the port side, but the skiff eventually collided with the hull of vessel on the port side below the boat deck. The second unmanned skiff closed the vessel to 10-15m but did not impact the hull. The skiff on the vessel’s starboard side appeared to have 2 persons on board and closed to a distance of 1.5nm.

IRTB notes the possibility that the incident was an attack by a regional terrorist organisation or by a party engaged in the Yemen conflict, and highlights the continued threat of conflict spilling over into the maritime domain.

In light of the incident, MVs are advised to remain alert and to adhere to BMP5 when sailing through the area. CSOs and Masters should note that a citadel located at or below the waterline may not offer the best protection against an unmanned waterborne IED (WBIED) and should consider using an alternative Safe Muster Point.

We request that during an incident, when feasible and without endangering the vessel or her crew, imagery and/or video is taken of the incident and provided in any subsequent reporting