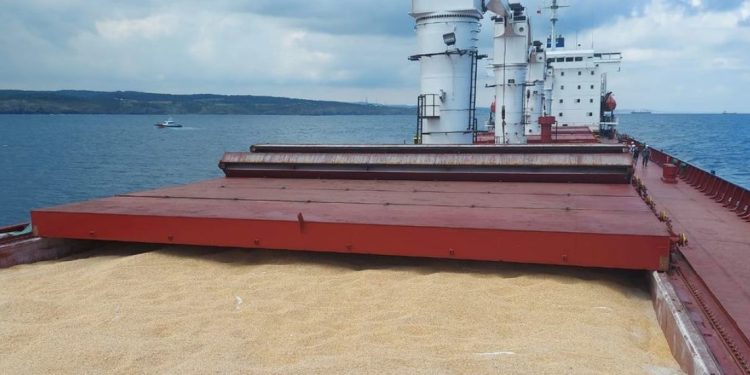 Two vital objectives of the Black Sea grain deal brokered by the United Nations and Turkey are already being achieved, a senior UN official said, pointing to the steady decrease in international food prices and the increasing availability of badly needed grain from Ukraine as signs of early success.

Speaking to reporters in Geneva, UN trade chief Rebeca Grynspan, said that the Food and Agriculture Organization (FAO) had reported that food prices declined globally in August for the fifth straight month.

At the same time, however, she expressed concern that this international price drop was not being seen in domestic markets, and developing countries especially were still struggling with high food prices, as well as inflation and currency devaluations.

Responding to a question regarding reports of lagging shipments in Russian fertilizers, Ms. Grynspan said fertilizer and ammonia were also included in the initial agreements signed in Turkey.

We’re close to the 3 million mark. Hopefully we’ll do that the next day or, or so and the rate at which we it took us nearly, it was over three weeks

Picking up on some points made by Ms. Grynspan, he said that indeed there were “some issues sometimes in local prices, but what we have seen is with the prices dropping an interesting phenomenon, in one or two countries is that because of that drop people have been hoarding grain and hoping to sell it at a high price are now putting more on the market.”

However, around 82 ships with 418 seafarers remain stuck around Ukrainian ports, despite the opening of the Black Sea Grain Initiative.

As Reuters reports, the agreement only involves dry bulk ships around three Ukrainian ports, with dozens of other vessels including oil tankers not able to access the corridor.