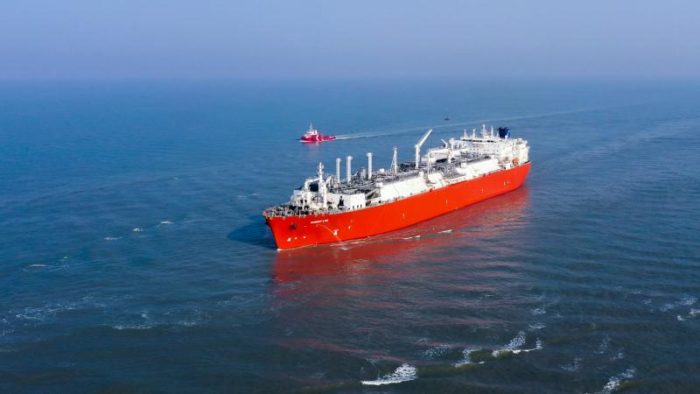 Bangladesh’s second LNG storage and regasification vessel has moored off its coast, aiming to help supply the country with the alternative fuel. The FSRU 'Summit LNG' is moored 6 km off the island of Moheshkhali in Cox’s Bazar.

The FSRU is 75% owned by Summit Corp, a unit of Summit Power International, and the remaining by Japan’s Mitsubishi Corp.

Summit Power International has chartered the ship, which can regasify 500 million cubic feet of LNG per day, from US-based Excelerate Energy for a period of 15 years.

The ship had picked up a commissioning cargo in Qatar prior to sailing to Bangladesh, where it will remain, and will send regasified LNG into the country via a subsea pipeline.

LNG from the FSRU is planned to be supplied to the country by the end of April, provided that the weather is favourable and everything goes well, Mohammad Quamruzzaman, managing director of Rupantarita Prakritik Gas Co, was cited as saying by Reuters.

However, an official from Petrobangla informed that all the connecting pipelines are not ready, and the FSRU will not yet be able to operate at its full capacity.

The FSRU start-up date experienced some difficulties due to construction delays on a pipeline that will deliver the regasified gas from the city of Chattogram, to the capital Dhaka.

It is expected that around 3.75 million tonnes a year of LNG will be imported through the facility, thus doubling Bangladesh’s LNG import capacity to 7.5 million tonnes per year, when the ship reaches full operation.

Finally, Bangladesh gave up on its plans to establish additional floating LNG terminals in favour of land-based stations, after the launch of its first FSRU was delayed by several months because of technical problems and unfavourable weather.