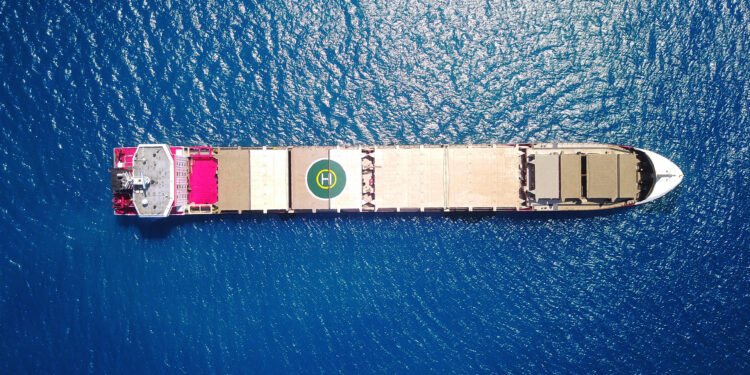 The Baltic Exchange has issued its reports for 05-11 November, to provide information about the tanker and bulk market performance.

Activity in the Capesize market had the 5TC pushing in value over a few days in midweek. However, pessimism prevailed as the rates dropped down to close the week -895, settling at $12,807. Some chatter in the market expects an improvement in rates to end the year, although this is yet to eventuate. Charterers out of Brazil and the Atlantic were constantly seen to lower past last done, while market cargoes are said to be dwindling in the region. The Transatlantic C8 commands a premium over the Transpacific C10 yet the gap narrowed significantly this week as they stand at $16,889 and $12,636 respectively. Flurries of West Australia to China C5 fixing was heard midweek. The reasoning behind the activity was not heard – although miners were noticeably quieter in the later part of the week. Coming closer to the Christmas period owners will be very aware of the potential seasonal low period that looms in Q1. On more than one occasion this period has surprised with reasonable activity. However, all are likely preparing for more of the same from this market unless some fresh stimulus is forthcoming.

The Panamax market sell-off continued in a similar vein to the previous week, with all sector indices continuing to lose ground. Activity in the north Atlantic – particularly mineral trades – were minimal. Meanwhile, activity from South America to the Far East confined mostly for end November arrivals. Rates hovered in the region of $18,000 and $800,000, and $19,000 and $900,000 for 82,000-dwt types. This returned very much a positional market. In the Pacific, traded volumes were relatively thin for the longer trips NoPac. Trips to Japan returned a mixture of rates but ended softer overall. A glut of fixing ex Indonesian to China was witnessed midweek, predominantly on smaller/older type tonnage at discounted levels. It was low teens for the first half of the week, but closer to $10,000 and edging lower by week end. Period fixing remained scarce, but there were reports midweek of an 82,000-dwt concluding at $17,000 for four to six months.

A rather poor week for the sector as pressure remained in many areas with a lack of fresh cargo and a build-up of tonnage. This was particularly seen in the Asian arena with little fresh enquiry from Indonesia, whilst further north charterers remained firmly in the driving seat. Little period activity surfaced, although a 58,000-dwt open Baltic was fixed for four to six months trading redelivery worldwide at $16,500. A 60,000-dwt open Kosichang also fixed for 16 to 18 months trading at $13,250. As the week progressed, in the Atlantic the only bright spot was the US Gulf with increased demand. A 63,000-dwt fixing a trip to China at $30,000. Further north, a 56,000-dwt was fixed from US east coast to Continent-UK at $23,000. From Asia there was little joy. On the backhaul runs a supramax was heard to have fixed a trip from China to the Mediterranean in the mid $8,000s. From the south a 58,000-dwt fixed delivery South China trip via Indonesia redelivery Thailand at $8,000.

AG MR freight levels have also been stationary, seeing the TC17 index only losing an incremental 5.72 points to WS372.14.

On the UK-Continent MR freight levels began a rush upwards from a burst of activity early in the week – only to halt just as quickly. TC2 rapidly climbed up to WS315 and has then recorrected down to WS306.11. Similarly, TC19 rose up to WS324 and has then resettled back down to WS314.64.

On the Handymax, both the Mediterranean and Baltic have seen significant improvements. TC6 has jumped 111.25 points to WS350 from decreased vessel availability and TC9 continued traction up to WS494.29 (+WS63.22).

The Suezmax market in the West rebounded with rates recovering all recent lost ground and continuing on an upward trend. For the 135,000mt CPC/Augusta trip, support came from the Aframax market with Suezmax vessels able to fix Aframax cargoes – in particular from the Black Sea. This enabled Suezmax rates to gain 15 points to WS215 (a TCE showing a daily return of $95,200). In West Africa, the 130,000mt to Rotterdam voyage saw rates climb 7.5 points to between WS190-192.5 (a daily TCE round-trip of $70,500). The 140,000mt Basrah/Lavera market eased slightly, by about 1.5 points, to WS93.

Across the Atlantic, 80,000mt Hound Point/Wilhelmshaven is now assessed a firmer 3.5 points higher than last week at WS220 (a daily TCE of $77,100 round-trip). In the Mediterranean, which became very busy in the early part of the week, a firm sentiment remains as the position list is looking tight. The 80,000mt Ceyhan/Lavera route ascended 21 points to the WS260-262.5 region (showing a daily round-trip TCE of $78,900).