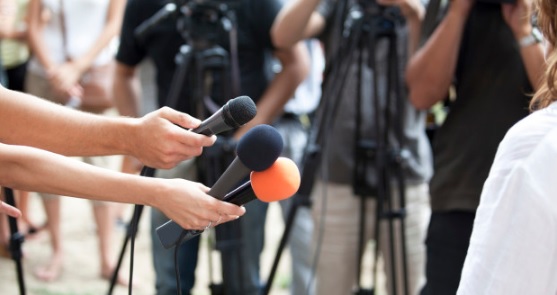 12 phrases to avoid in a crisis

Mr Mark Clark, Director, Navigate Response says that in the heat of an incident there is no time to analyse every 'nuance', therefore he advises what you should avoid.

Words have power, especially in a crisis. In the heat of an incident you won’t have time to analyse every nuance, but at the very least, here’s what you should avoid.

What is minor? From who’s perspective? In astrophysics the distance from the earth to the sun (approx. 92m miles) is considered minor. It’s not up to you to define “minor” – best to leave it out.

#2 “The company bears no responsibility”

If you truly don’t bear any responsibility you wouldn’t be issuing a press release. This simply looks like you’re only interested in yourself and not providing a solution.

Saying “no comment” is seen as an indication of guilt. The media hates a vacuum and there’ll always be someone willing to comment, even if you aren’t.

#4 “There is no danger of any further damage”

This is called tempting fate. You can’t possibly guarantee what will or won’t happen.

#5 “We will provide compensation”

This is the sort of phrase likely to have the lawyers quaking in their boots. Once you mention compensation the press will latch on and ask for more detail.

#7 “This was an isolated incident”

Another very dangerous phrase especially at the early stages of a crisis. You certainly don’t want to say this, and find out a week later that there’s a whole heap of other problems.

#8 “The employee has now been sacked”

This translates into “We’ve thrown the person overboard to save our own skin”. Even if you intend to sack the person, it is probably best not to put this information in your initial press release.

#10 “There is no immediate danger”

Translates into ‘You’re all going to die, but not immediately’. Don’t set any sort of time frame you can’t quantify.

#12 “Our emergency procedures were a success”

Good for you! Of course, the procedures for preventing the crisis failed, but at least you got it half right. Never sound self-congratulatory, even if you’ve done a great job – no one cares.

Above article has been initially published at ''The Navigate Response Newsletter'' (June  2016) and is reproduced here with author's kind permission.

Mark has over 20 years’ experience working on crisis desks in UK government transport and health departments including at 10 Downing Street. Between 1997 and 2011 he headed the UK Maritime & Coastguard Agency’s (MCA) public relations and media department.At the MCA he led the media response to many high profile shipping incidents including the losses of the MSC Napoli, Green Lily and Ice Prince and assisted in the joint media response to the losses of the car carrier ‘Tricolor’ and chemical carrier ‘Ievoli Sun’. Responding, as well, to at sea incidents, he managed communications for the M/V ‘Kukawa’, M/V ‘Dole America’ and M/T ‘Atlantic Prosperity’ amongst many others.

Mark is a former print and BBC radio journalist with experience working at home and abroad. He also worked extensively for a leading British defence company where he was responsible for elevating its social media presence in highly sensitive areas.He is a vociferous advocate for the maritime industry to paying closer attention to social media platforms as part of reputation management and his lectures and blogs feature examples of media management that has failed because of inadequate online engagement.Mark heads-up Navigate's crisis response, media training and social media activities.