The first woman captain from Egypt to work as a captain 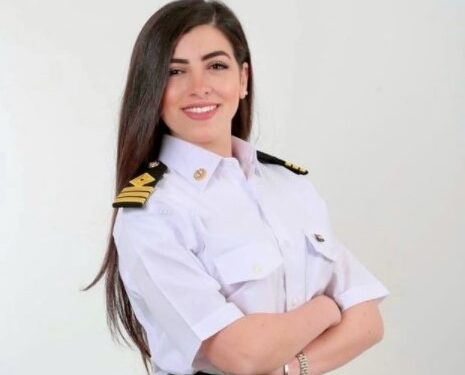 Marwa Elselehdar submitted an application to join and was eventually accepted, becoming the first Egyptian woman to study in this department.

The president called for research in maritime law to verify the possibility of issuing a captain’s license to her, since it was the first case of its kind. After making sure that the law did not pose restrictions, examinations took place.

Elselehdar passed the physical and medical tests, as well as personal interviews, and she joined the department.

I faced difficulties in adapting, especially during the first year, but the encouragement from those around me — and my own ability to believe in my dream — helped me overcome these challenges

After her graduation, she joined the crew of the AIDA IV ship, with the rank of the second officer. Additionally, during the opening ceremony of the new Suez Canal, she applied to register as part of the crew that would lead the AIDA IV in the celebrations. Her request was accepted, and she led the AIDA IV as the youngest and first Egyptian female captain to cross the Suez Canal.

In 2017, Elselehdar was also honored on Women’s Day by President Abdel Fattah El-Sisi.

“Unlike fast flights, cruises can be long and arduous and can take up to a month or more. Of course, on these trips, I am the only woman among my fellow men