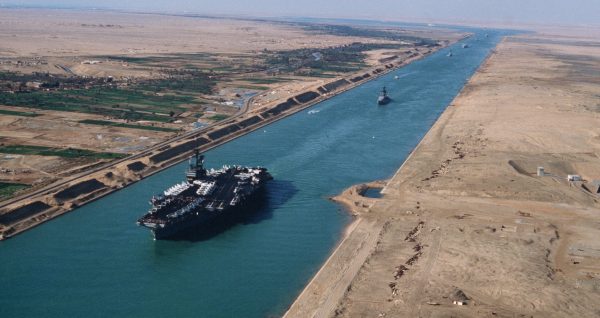 Suez Canal container terminal to boost its connectivity and competitiveness

APM Terminals announced its collaboration with the Government of Egypt on the final pieces of the jigsaw that will ensure the success of Egypt Vision 2030 for Port Said East Port and the Suez Canal Container Terminal (SCCT). Once ready, it plans to regain its position as one of the most competitive ports in the South and East Mediterranean region.

Specifically, about 95% of SCCT's traffic is boosted from the transshipment volumes, as it is located at the northern entrance of the Suez Canal.

Mainly, the Ismailia tunnel, running under the Suez Canal, is the largest of its kind, and has the capacity to handle 2,000 vehicles per hour in each direction.

Both entrances of the tunnel are equipped with 10 scanners to scan vehicles and trailer entering the tunnel, being able to scan up to 250 vehicles per hour.

In addition, a new six-lane links the SCCT with important areas in the western part of the country.

It is the first time we have seen this quality of roads and tunnels in this part of the world. Together with improved security around the port it’s truly an achievement of the highest international standard for Egypt. This new development will make SCCT the primary gateway for cargo in and out of Egypt.

Moreover, Christensen is closely collaborating with the Egyptian government to boost the port's competitiveness and also attract higher volumes.

Generally, the investment is part of 'Egypt Vision 2030', a plan aiming to create logistics infrastructure for IT companies, car manufacturers, and other sectors producing goods in Egypt.

The port's boost also has a positive impact in job creation, as when operating at full capacity, the terminal contributes around 3,000 direct and indirect jobs to the economy.

Up to now, the terminal has a yearly capacity of 4.5 million TEUS.

Christensen concluded with his vision on Egypt becoming the new Malaysia or Singapore.