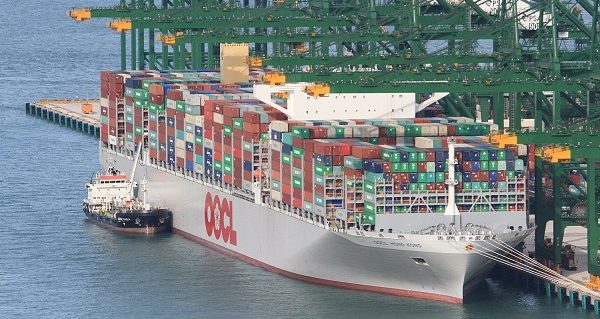 Above image is used for illustration purposes only / Credit: OOCL

Hong Kong-based containership and logistics company OOCL announced the forthcoming launch of the second phase of the OCEAN Alliance products in April 2018.

The second phase of the network will roll out more than 40 services by deploying approximately 340 container ships with an estimated total carrying capacity of 3.6 million TEUs to form an enhanced suite of products characterized by a number of improvements in various areas including service coverage, port pair connections, transit times, schedule reliability and operational efficiency.

In the Asia-Europe network, for instance, there will be direct services for Northern China and the Baltic, as well as the various hubs in the Mediterranean and Southeast Asia. Better transit time connections and additional frequency as a result from revamping current ATG1 service to focus on the Gulf and Mexico, as well as introducing the new ATE2 product to serve the South Atlantic, are also some of the modifications.

The new services include: