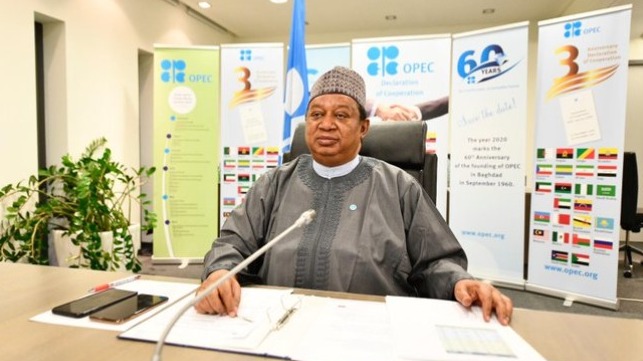 OPEC agreed to cut oil output by a record 9.7 million barrels per day, about 10% of global supply, for the months of May and June, followed by another agreement of extending the duration of the proposed 1.5 million barrel per day cut until the end of 2020, instead of 30th of June 2020.

These production adjustments are historic; they are largest in volume and the longest in duration, as they are planned to last for two years. We are witnessing today the triumph of international cooperation and multilateralism which are the core of OPEC values.

In addition, the United States Secretary of Energy Dan Brouillette also applauded the decision, followed by U.S. President Donald Trump who tweeted that "The big Oil Deal with OPEC Plus is done. This will save hundreds of thousands of energy jobs in the United States. I would like to thank and congratulate President Putin of Russia and King Salman of Saudi Arabia. I just spoke to them from the Oval Office. Great deal for all!"

Despite the positive comments about the decision, Bjornar Tonhaugen, Head of Oil Markets at Rystad Energy expressed his opinion, noting that

Even though OPEC+ has decided to attempt to bail out the global oil market, the group has unfortunately only come up with half of the ransom money. We believe the market’s disappointment will reflect in prices already from April due the lack of size and the speed of the supply removal.

He added that the oil market will experience enormous stock builds during April, given that the deal will commence by May 1st, while gradual shut ins and production declines will already happen during the current month.