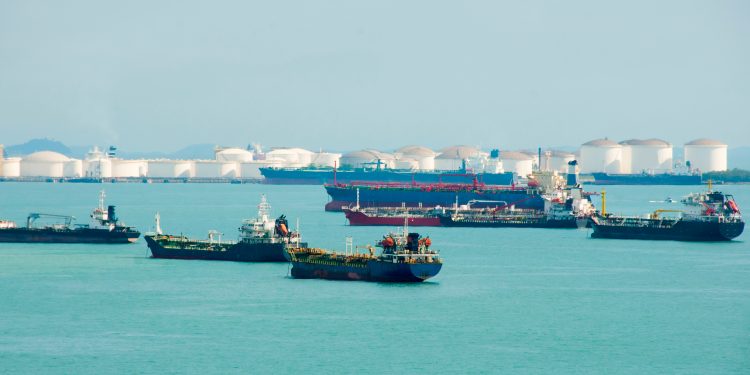 Currently, there are 477 bulk cargo ships waiting to deliver resources from metal ore to grain into China, as the country’s lockdown is creating supply chain issues.

To remind, Shanghai is entering its third week on lockdown, while supply chains are feeling the impact of China’s zero-covid policy with trucking capacity cut and many factories and warehouses closed.

The port congestion has increased and, as informed, has expanded to nearby Ningbo-Zhoushan. This is because many carriers divert ships to other ports in the country to avoid the trucker shortage and warehouse closures in Shanghai.

According to Bloomberg shipping data, there were 222 bulkers waiting off Shanghai as of April 11, 15% higher than a month earlier. At Ningbo-Zhoushan there were 134 carriers, 0.8% higher than last month, while further north, the combined ports of Rizhao, Dongjiakou and Qingdao saw a 33% increase to 121 vessels.

Bloomberg also informs that, adding to the snarl, there were 197 container ships either loading or waiting to load in Shanghai’s combined anchorage with Ningbo, a 17% increase from a month ago.

According to ship owners and traders, a shortage of port workers at Shanghai is slowing the delivery of documentation needed for ships to unload cargoes. Meanwhile, vessels carrying metals like copper and iron ore are left stranded offshore as trucks are unable to send goods from the port to processing mills.

Some of that congestion is rippling out to other ports, with ships being diverted further north to ports in Qingdao and Tianjin where trucking services haven’t been as impacted, the people said. At Tianjin, there were 54 ships waiting on April 11, a 29% rise in a month, according to Bloomberg.

In addition, congestion was lower in Hebei and Liaoning provinces, where trucking has also been hampered by compulsory mass testing of truckers and workers in March and April. Ship queues were 36% lower than last month at Liaoning’s Dalian port and 35% lower in Hebei’s Tangshan.