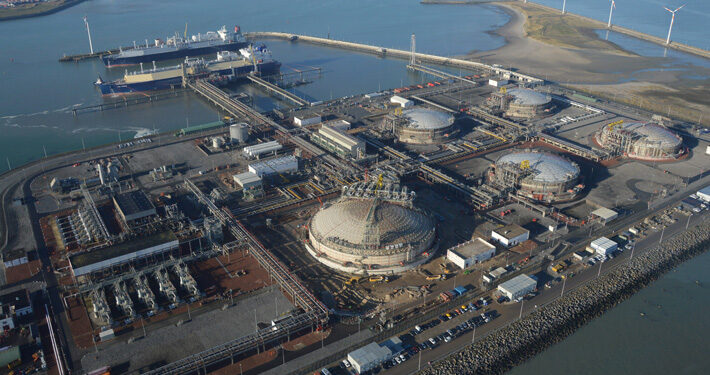 The Zeebrugge LNG terminal, operated by Belgium-based gas operator Fluxys, loaded the vessel ‘Yenisei River’ with LNG from the newly commissioned LNG storage tank in late December, marking the start of the long-term contract for transshipments concluded in 2015 with Yamal Trade, operated by Novatek under Yamal LNG project.

A fifth LNG storage tank with a capacity of 180,000 m3 LNG and associated process facilities were built at the Zeebrugge LNG terminal in view of the long-term contract with Yamal Trade.

The additional capacity allows to perform transshipments between icebreaker LNG vessels coming from the Yamal production terminal and conventional LNG carriers without the two having to be docked simultaneously, Fluxys explains.

Construction of the new facilities started in mid-2015 and early December 2019 test operations were concluded successfully. Their loading rates exceeding 12,500 m3 LNG per hour from one storage tank.

Under the 20-year contract with Yamal Trade, up to 8 million tonnes of LNG can be transshipped at the Zeebrugge terminal annually, corresponding to potentially an additional traffic of 214 LNG carriers per year.

Ahead of the new storage capacity becoming available, the terminal already performed an array of direct transshipments between two simultaneously docked ships since May 2018.

The terminal is now also a fully-fledged link in the logistics chain for the worldwide delivery of LNG from the Yamal production terminal in Siberia. The transshipment activity is an important new business line and the Port of Zeebrugge will see a significant increase in ship movements,