Scientists with the National Centres for Environmental Information (NCEI) have made an early update to World Magnetic Model (WMM) concerning the unpredictable move from Canada Arctic towards Siberia. Most of the times, an updated version of WMM is published every five years and the scheduled date for new updates was at the end of 2019.

Yet, scientists describe the changes as 'erratic' in the north polar region. Therefore, scientists support that this out-of-cycle update before next year’s official release of WMM2020 will ensure safe navigation for military applications, commercial airlines, search and rescue operations, and others operating around the North Pole.

Also, the WMM is run by the British Geological Survey together with NCEI, which is part of the U.S. National Ocean and Atmospheric Administration.

In addition, the WMM is also commercially used from companies that need navigation and is also military used as it is crucial for undersea and aircraft navigation, parachute deployment, and more.

Moreover, other governmental organizations, such as NASA, the Federal Aviation Administration, and U.S. Forest Service, also use the technology for surveying and mapping, satellite/antenna tracking, and air traffic management. 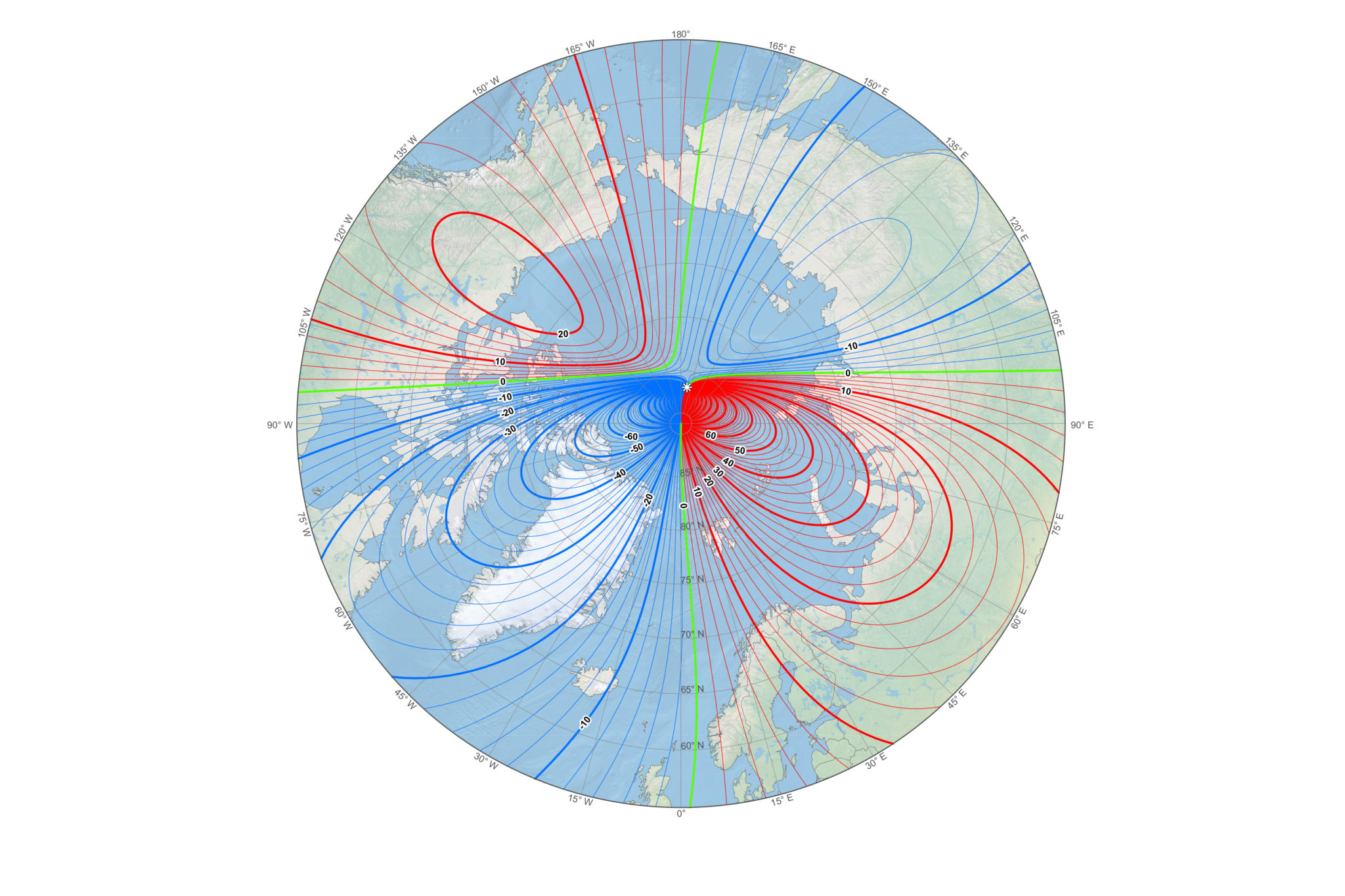 Smartphone and consumer electronics companies also rely on the module to provide consumers with accurate compass apps, maps, and GPS services, although impacts are most noticeable in the Arctic.

Concluding, compasses use declination (the difference between true north and where your compass points) to help correct navigation systems for a wide variety of uses.