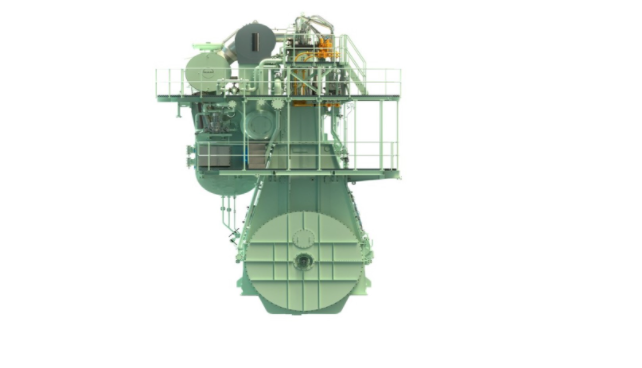 As informed, Hyundai Engine & Machinery Division, HHI-EMD, will build the engines, while the order contains an option for a further four engines with the first of the confirmed vessels due to enter service in Q1, 2024.

This is a massive milestone as these engines will be the largest methanol-burning engines ever constructed. They will be based on their well-proven 50-bore counterpart, which has already been in our engine portfolio for some time gathering more than 100,000 running hours on methanol alone. The 95-bore’s development is another example of our commitment towards decarbonisation and providing solutions demanded by the market.

MAN Energy Solutions states that the new engines will be capable of burning bio-methanol as well as e-methanol.

The new order closely follows that from July 2021 when MAN Energy Solutions won the order to supply the world’s first, low-speed, dual-fuel engine to run on methanol within the container segment – a MAN B&W 6G50ME-LGIM type built by HHI-EMD – to a 2,100-teu vessel also ordered at Hyundai Mipo Dockyard by A.P. Møller – Maersk.

“As a fuel, methanol is quickly becoming an option within the large container-vessel segment where – up until now – conventional fuel and LNG have long reigned. We expect that this significant order will spur further market interest in methanol as a fuel, also within other ship segments such as bulkers. Our other ME-LGIM references show methanol to be a clean, efficient and safe, marine fuel that offers a clear path to decarbonisation through significant greenhouse-gas reductions when produced from renewable energy sources”.