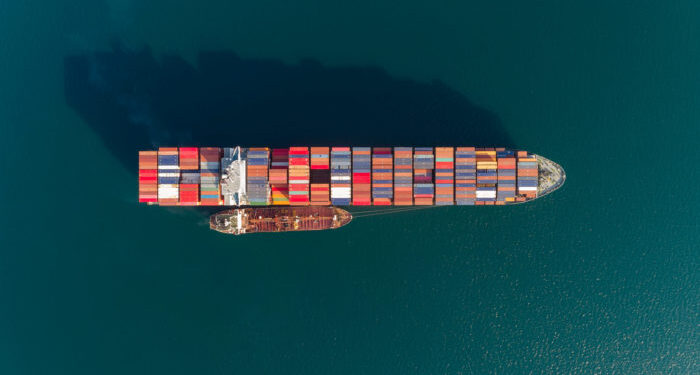 A giant LNG bunker vessel, which will be operated by French energy giant Total and owned by Japanese shipping company Mitsui O.S.K. Lines (MOL), has completed its sea trials in China earlier this week.

The 18,600 cbm newbuilding, which is the world’s largest vessel of this type, is currently under construction at Hudong-Zhonghua Shipbuilding’s shipyard near Shanghai.

According to data provided by VesselsValue, the LNG bunker vessel will be named Gas Agility and is slated for delivery in the second quarter of the year.

The 135.5-meter-long vessel will operate in Northern Europe where it will supply LNG to commercial ships including CMA CGM’s nine ultra large container vessels (ULCVs) for at least ten years.

What is more, the ship is fitted with innovative tank technologies and meets the highest environmental standards thanks to the use of LNG as fuel and complete reliquefication of boil-off gas.

This will be followed by a second, identical ship ordered at Hudong-Zhonghua in December 2019. The bunker vessel, to be owned by MOL and operated by Total, will be positioned in the Marseille-Fos area in France.

In late 2019, Total informed that its first large LNG bunker vessel has been launched, after the signature of a long-term charter contract between Total and MOL in February 2018.

Momar Nguer, President for Total Marketing & Services then said that “this first ship demonstrates our commitment to offering our customers both more environmentally friendly fuels and the associated logistics. Thanks to this pioneering investment, Total is making a positive contribution to the sustainable evolution of global shipping.”

Specifically, the Pavilion Energy, the Temasek-owned company, who issued the order for the vessel, commented that it has been its first accomplishment, following engineering design work for the construction of the vessel.

In addition, Japan’s Mitsui O.S.K. Lines (MOL) will be the long-term charter contract operating the vessel. The second LNG bunkering vessel in Singapore will begin operating in the port of Singapore after its delivery to Pavilion Energy in early 2021.