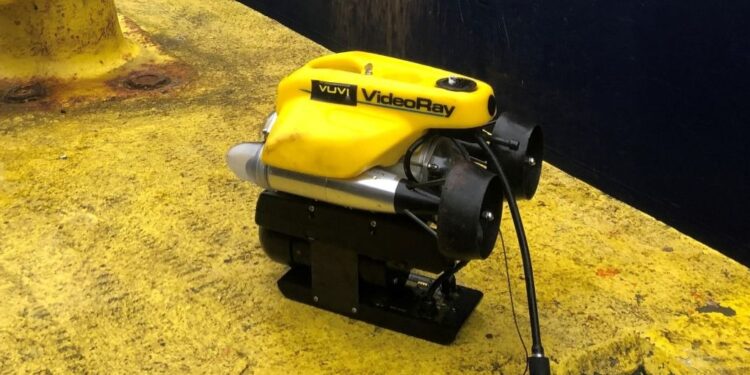 DNV GL announced it has completed the world’s first in-water remote ship surveys using a remotely operated vehicle (ROV). The three surveys took place on three separate Wilson ASA-managed vessels with the first having been completed on the Wilson Fedje in December 2019 by a surveyor from Høvik.

As with the two previous surveys, it was conducted in collaboration with VUVI AS, a Norwegian inspection company certified by DNV GL to perform underwater inspections for ships and offshore platforms using ROVs.

DNV GL has been carrying out remote surveys since 2018, so this service is an extension of a broad suite of remote services that are already available,

Survey planning and review of hull drawings were completed the day prior to the survey. During the inspection, the surveyor used VUVI’s sonar technology to scan the vessel’s bottom in order to locate the hull equipment, such as echo sounder sensors; speed log sensors and sea chests, while simultaneously assessing the general condition of the hull.

Statutory and class regulations require two bottom surveys of a vessel within a five-year period, with an interval of less than 36 months in between. The certification of VUVI AS was conducted in accordance with Class Programme DNV GL-CP0484 for in-water inspections.

DNV GL has recorded a 33% uplift in the weekly number of remote surveys conducted compared to pre-pandemic levels.