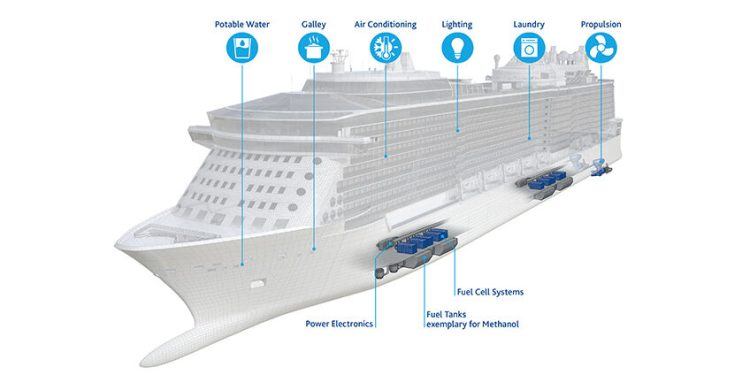 Freudenberg ePower Systems received ‘Type Approval’ by RINA, for a methanol-operated fuel cell system that makes it possible to operate ocean-going vessels in a climate-neutral way.

It also generates hydrogen through stream reforming, which then reacts with oxygen from the air in the fuel cell, thus producing the electricity required both for propulsion as well as the onboard electrical system.

The heat required for the reformer can be gained directly from the waste heat of the fuel cells. The fuel cell stack, reformer and control electronics as well as all components for media supply are found in a prefabricated, modular unit. This containment method of construction facilitates easy installation on board.

The fuel cell system is a result of the ‘Pa-X-ell 2’ project, which is part of the federally-funded joint project, e4ships. In the project, German shipyards, shipping companies, fuel cell manufacturers and classification societies work together in the framework of the National Innovation Programme for Hydrogen and Fuel Cell Technology (NIP).

Freudenberg’s safety concept was already tested for maritime conformity in an early phase in Pa-X-ell 2, receiving ‘Approval in Principle’ from DNV. In addition to the emphasis on the safety concept, the issues of modularization and standardization were examined in order to take into account the aspects of mass industrialization right from the start.

In this way, system units each with a nominal output of 500 kW will be combined in the future to form an overall output in the two-figure megawatt range.