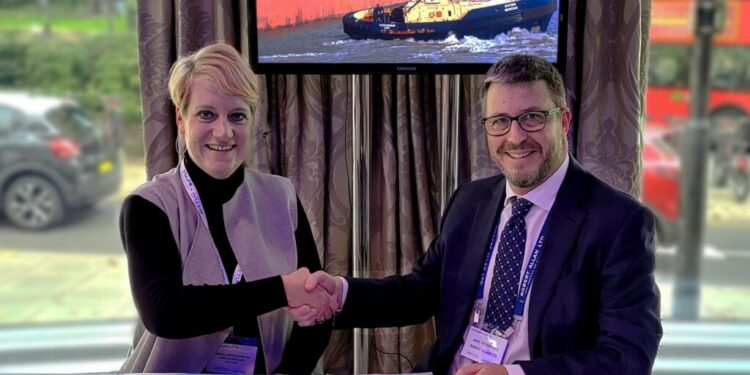 The objective is to extract and apply knowledge and operational experience of methanol feasibility from the near shore small scale tug onto larger ocean-going container vessels.

Fuel cells will be applicable as main propulsion power for tugs earlier than for larger vessels and, further, the time to build a tug is significantly less than for a container vessel

The newbuild tug  will come with a hybrid electrical propulsion system solution where fuel cells can deliver a specific amount of sustained bollard pull using fuel cells alone, adding additional power from the batteries during the short but often frequent peaks that characterises towage.

The fuel cells can also be used to charge the batteries when the tug is mobilising and when the tug is berthed, minimising the need for expensive shore side charging facilities.

Fuel cell technology could be a disruptor in the maritime technology space, promising high efficiencies and eliminating the need for substantial amounts of pilot ignition fuels while removing harmful emissions

The fuel cell tug is planned to be put into operation within the Svitzer Europe region by Q1 2024.