by The Editorial Team
in Arctic, Smart 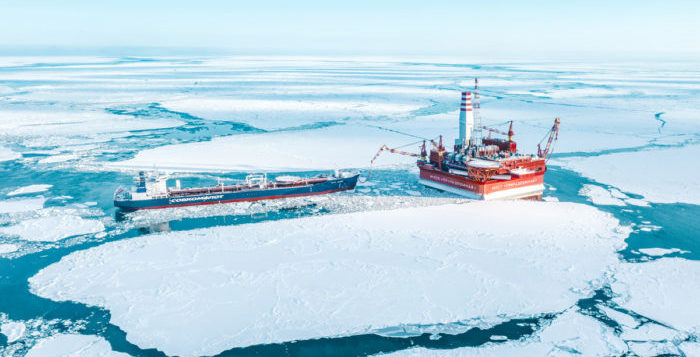 This innovative project — code-named “Kapitan (Captain)” — operates under three regimes: long-term and operational planning; control and scheduling of the company’s Arctic fleet; and the analysis and use of artificial intelligence (AI).

According to Gazprom, the system has facilitated time savings in planning and coordinating oil shipment operations and optimising transportation costs, as it allows analysis of the fleet’s operational efficiency, route speed estimates, fuel consumption and vessel load volumes to be undertaken in real time.

Meanwhile, the system can also work in predictive mode, based on accumulated historical data, which makes it possible to forecast potential limitations and suggest the safest routes.

The core objective of the new system is to manage logistics in the Arctic safely, and to ensure that all oil produced is despatched at the lowest possible cost.

Using digital technologies has allowed us to increase efficiency in the company’s operations in the Russian Arctic: pilot tests have already allowed Gazprom Neft to achieve cost reductions of 10% under the existing logistics strategy for year-round shipments of Arctic crude blends…The Kapitan system has the potential to become part of an integrated plan for modernising and expanding key mainline infrastructure to increase freight traffic on the Northern Sea Route,

…Alexander Dyukov, Chairman of the Management Board, Gazprom Neft, commented.