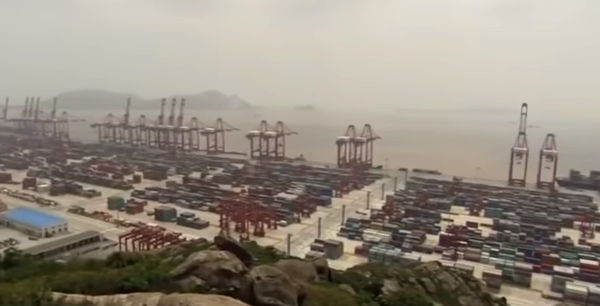 According to Xinhua news agency, the port will use automated handling equipment designed and manufactured in China, for loading and unloading, including a bridge crane, an automated guided vehicle (AGV) and a rail-mounted gantry crane, which are made by Shanghai Zhenhua Heavy Industries Company.

The automated management system will be used to provide safety and efficiency.

After the completion of the fourth phase, Yangshan Port will have the capability to manage 4 million TEUs and 6.3 million TEUs later in the project.

The terminal, except from increased handling efficiency, will reduce carbon emissions up to 10 percent, as well, Chen Wuyuan, president of Shanghai International Port Group, mentioned.

At the moment, the first set of machinery, includes 10 bridge cranes, 40 rail-mounted gantry cranes and 50 AGVs.

On later stages, 26 bridge cranes, 120 rail-mounted gantry cranes and 130 AGVs will be used at the Yangshan automated container port.