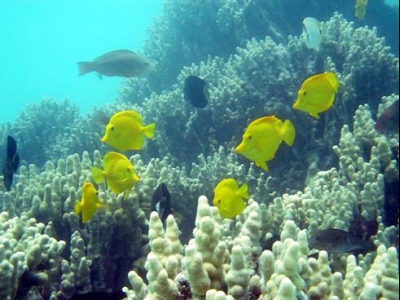 It was in 1992 that Canada originally suggested a World Oceans Day and for the next 16 years this was unofficially celebrated on 8thJune each year. At the 2008 Earth Summit in Rio de Janeiro the day became officially recognised by the United Nations and was formally adopted by the General Assembly as resolution 63/111.

World Oceans Day is now co-ordinatated internationally by The Ocean Project and the World Ocean Network and each year 8thJune takes on a greater significance.

Communities all over the world take this day as an opportunity to learn more about the ocean and how to take action to help conserve it. Hundreds of family-friendly activities will be taking place in aquariums, zoos and museums, together with online events.

Many events will focus on the younger generation. Market research has shown that young people and young adults show greater interest and concern about the health of the ocean, together with the associated problems of pollution, overfishing and climate change.

Young people are often better informed than their parents about environmental issues and they have a higher belief that actions taken by them can really make a difference.

Most people would agree that a healthy ocean is worth supporting. Certainly in the developed world, the beach is an all-time favourite location for a holiday, but while a clean and healthy beach is considered to be vital, in general scant regard is paid to ensuring that it stays that way.

A survey in the United States indicated that while 22% considered themselves to be active in the environmental movement, 57% said that although they were sympathetic, they were not at all active.

The oceans of the world make up about 75% of the planet’s surface and have traditionally been regarded as a limitless source of food as well as a very convenient dumping ground.

More seafood is being eaten than ever before and stocks are being pushed to the limit. According to the United Nations, around two-thirds of ocean species are over-fished, with some being down to their last 10%.

Commercial fishing is so efficient that it scoops up everything and often more than 80% of the catch is simply thrown back into the sea.

Yet another cause of fish depletion has been the world-wide rise in demand for meat. About a third of the annual global fish catch is what is known as “forage fish”. This is subsequently converted into fishmeal and used for cattle, poultry and pig food.

Since the beginning of time the oceans have been a very convenient place for dumping anything that is no longer needed. Often it has been cheaper and more convenient to scuttle old ships rather than break them up. The oceans have also provided a convenient resting place for all kinds of waste from surplus wartime ordinance and spent material from nuclear reactors to domestic garbage and sewerage.

At one time it was common practice for crude oil carriers to flush out their tanks and to dump the resulting sludge into the ocean. Trash and garbage from ships was simply dumped over the side.

Legislation in recent years has limited what can now legally be thrown into the sea, but one of the big problems is the question of plastic waste. When plastics were first invented they was hailed as being cheap and durable materials, but being cheap they soon became regarded as disposable and being durable, they take hundreds of years to degrade.

The result is that plastic has become one of the greatest threats to the ocean. Every year huge amounts make their way down rivers and out into the sea. It is estimated that nearly one trillion plastic bags are used each year.

Many animals such as sea birds, sea turtles, dolphins and whales die each year after becoming entangled in plastic nets, or through eating plastic that they mistake for food. Sea turtles routinely mistake plastic bags for jellyfish and swallow them, with fatal results.

In recent years, although the problems of increased carbon emissions and global warming have become very important issues worldwide, something that has been largely overlooked is the worrying effect that these increases are having on ocean acidification. The balance is very critical and this is yet another of the major problems that are facing environmentalists.

It is still not too late to halt this downward spiral of destruction, but time is running short. Much has been achieved in recent years to make people more aware of the critical situation now being faced by the world’s oceans, but as can be seen from the American survey, although people show concern, they seem reluctant to take positive action.

Hopefully the young people of the world will use World Oceans Day to show the way.

More information can be found at www.worldoceansday.org, with information about The Ocean Project at www.theoceanproject.org.