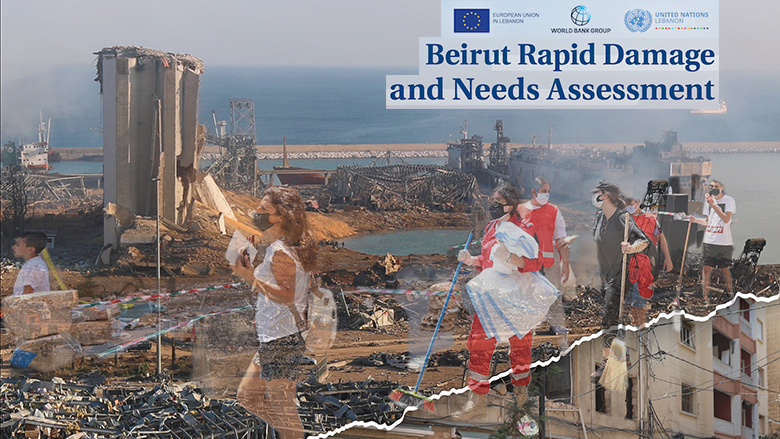 Following the explosion at the Port of Beirut on August 4, World Bank issued an initial damage assessment informing stakeholders on the disaster effects (damages and indirect losses) and the recovery and reconstruction needs.

Namely, World Bank joined forces with the United Nations (UN) and the European Union (EU) and launched a Rapid Damage and Needs Assessment (RDNA) in order to estimate the impact on the population, physical assets, infrastructure and service delivery.

According to the RDNA’s preliminary estimates, the explosion caused between US$3.8 and US$4.6 billion in damage to physical stock, while losses including changes in economic flows as a result of the decline in the output of the economic sectors are estimated to be in the range of US$2.9 and US$3.5 billion.

At the same time, the most severely affected sectors are housing, transport and tangible and intangible cultural assets (including religious and archeological sites, national monuments, theaters, archives, libraries, monuments), the report noted.

Public sector reconstruction and recovery needs for this year and the next are estimated in the range of US$1.8 and US$2.2 billion, with between US$605 and US$760 million needed in the immediate term until December 2020, and between US$1.18 and US$1.46 billion in the short term for the year 2021.

What is more, the three major economic effects of the explosion are: losses in economic activity caused by the destruction of physical capital along with trade disruptions and losses in fiscal revenues for the Government.

To remind, the main blast took place at Beirut’s port when about 2,750 tons of ammonium nitrate had been ignited, as the chemical had been left unsecured for six years in a warehouse.

Overall, in light of the situation, Port of Rotterdam Authority along with a small delegation of officials from the Dutch Ministry of Foreign Affairs travelled to Beirut to determing how the Netherlands can support Lebanon.