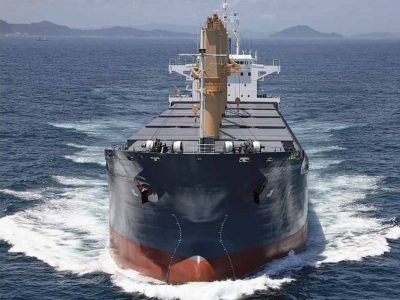 A need for careful implementation of IMSBC Code

To ship dry bulk cargoes safely it is vital that ships masters receive clear, accurate and reliable information on the properties and characteristics of cargoes and the required conditions for safe carriage and handling. This is a SOLAS requirement reinforced in significant detail in the International Maritime Solid Bulk Cargoes Code (IMSBC Code), mandatory since 1 January, 2011.

But there is increasing evidence that this is not happening in every case.

Typical problems experienced by our members include:

Intercargo believes that these problems stem, in part, from confusion or ignorance concerning the application of the IMSBC Code or in some circumstances malicious misrepresentation.

If we are to prevent further casualties it is essential that all parties involved in the transportation of dry bulk cargoes understand and implement the provision of the IMSBC Code, most crucially providing accurate and reliable cargo declarations said Ian Harrison, Intercargo technical manager.

It is in this context that Intercargo welcomed a proposal from China submitted to the 89th session of the IMO Maritime Safety Committee (MSC) held 11-20 May, in response to the loss of Chinese seafarers in last years three casualties.

Intercargo submitted a paper, co-sponsored by BIMCO supporting the main proposals in particular: developing a scheme for ensuring reliable independent sampling, testing and certification of cargoes; and enhancing education for ship and shore personnel involved with the shipment of dry bulk cargoes with an emphasis on accurate cargo declarations to ensure only safe cargo is loaded.

The MSC agreed to forward these papers for further consideration of the proposals to the Sub-committee on Dangerous Goods, Solid Cargoes and Containers (DSC) that will meet in September 2011.

We welcome the commitment to safety shown by IMO in dedicating more time to IMSBC Code amendments and the widespread support of member states to consider the development of independent sampling, testing and certification for dry bulk cargoes added Intercargo technical manager, Ian Harrison