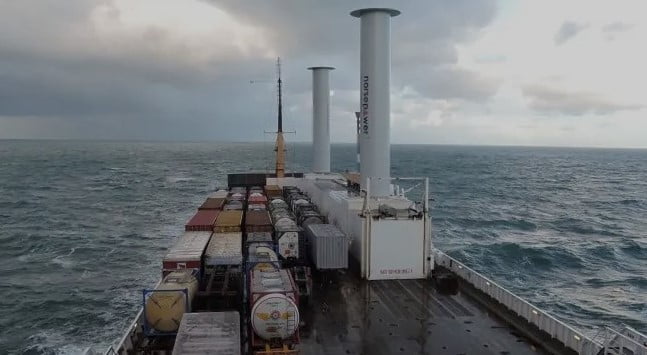 IWSA published its newsletter for 2021, informing about the latest developments in wind propulsion.

According IWSA, the momentum in wind propulsion is continuing to grow, while there are the early signs that investment, installations and production lines are starting to ramp up.

As wind propulsion is compatible with all fuel choices and is available now, there is significant interest in these technologies to deliver benefits when it comes to EEDI/EEXI calculations and as a clear and increasingly affordable part of the solution for CII

For this reason, it noted that “as we enter the crucial 2022/23 period, wind propulsion may not be making as many waves as alternative fuels, but the outlook is bright with a stiffening breeze.”

The following were the key highlights for 2021 regarding to wind propulsion, according to IWSA:

I think you will agree that a lot has been happening in the world of wind, but there is still a long way to go on ‘Delivering’ an energy source that has the potential to transform the industry and effectively pay for itself and the lion share of the other decarbonisation costs

What is more, ‘New technologies for greener shipping’ has been chosen as the World Maritime theme for 2022, reflecting the need to support a green transition of the maritime sector into a sustainable future.

WiSP phase 2 was launched under co-ordination by MARIN and co-initiator ABS for another project with a duration of 2 years.

This follows the earlier successful WiSP1 project, which, despite its modest size, was used as one of the main inputs for the recent updates to the EEDI/EEXI methods for wind propulsion.

WiSP2 continues on the WiSP1 legacy with the following objectives:

Also, validation is part of the scope. On modelling, also new time domain simulations will be compared to previously conducted scale model tests in the WindLab project. Software will be delivered for wind assistance to participants.