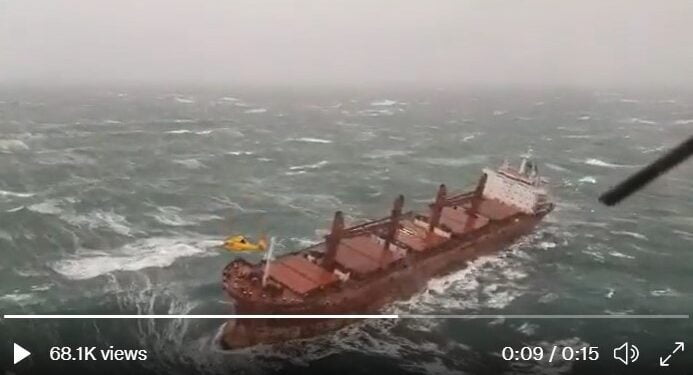 A joint venture between Vattenfall, BASF and Allianz invited contractors to bid for the removal of the Hollandse Kust Zuid offshore wind turbine foundation, which was damaged after the bulker “Julietta D” hit it earlier this year.

More specifically, “Julietta D” found itself drifting abandoned in the North Sea during a storm, causing “significant damage” to one of the monopile foundations in January.

What is more, the ship also collided with a product tanker, Pechora Star, off the Dutch coast near Ijmuiden port, as well as a jacket foundation of the Hollandse Kust Zuid transformer platform.

After “Julietta D” went adrift, the Dutch authorities detained the captain and chief mate, questioning their actions for leaving the vessel.

As the authorities report, the captain and mate should have remained aboard the vessel for as long as possible and only left if there was imminent danger.

Now, they are both being investigated for prematurely abandoning the vessel that could then have gone aground on the Dutch coast.

The tender regards the removal of the damaged foundation, as well as the secondary steel and the monopile itself. Vattenfall will manage the tendering process, with removal scheduled to start in the first half of 2023.