Which are the world’s most important maritime choke points 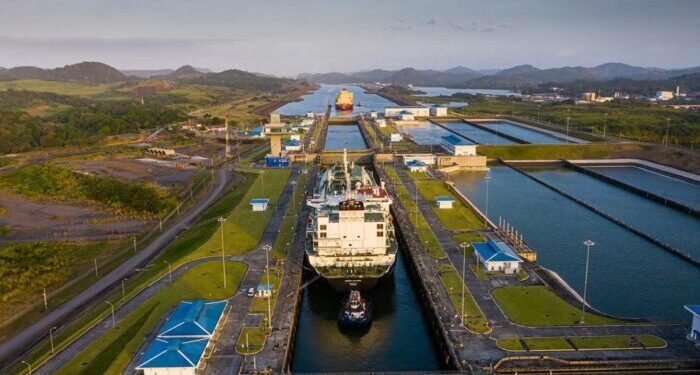 Commercial shipping relies more and more on key trade routes to move goods efficiently. These waterways, also known as chokepoints, are used by thousands of vessels, but there are certain points that pose a risk.

Choke points are strategic, narrow passages that connect two larger areas. These are typically straits or canals, through which high volumes of traffic pass.

However, and despite their convenience, these routes pose several risks, such as:

Nevertheless, these choke points critical facilitators of the international trade:

The Panama Canal provides a shortcut for ships traveling between the Pacific and the Atlantic. Ships sailing between the east and west coasts of the U.S. save more than 8,000 nautical miles by using the canal, reducing their trip by 21 days.

What is more, during 2019, 252 million long tons of goods were transported through the Panama Canal.

The Suez Canal connects Europe to Asia. By using this canal, ships can save about seven days from their trip.

In order to upgrade the canal, in 2015 Egypt started a project to expand the canal. However, considering the recent blockage, the canal is still vulnerable.

The Strait of Malacca

The Strait of Malacca is one of the narrowest choke points, as at its smallest point it is approximately 1.5 nautical miles.

However, it is considered one of Asia’s most critical waterways, connecting China, India, and Southeast Asia.

Nevertheless, this chokepoint is also very risky, as in 2019, there were 30 piracy incidents, according to ReCAAP ISC.

The Strait of Hormuz

The Strait of Hormuz connects the Persian Gulf to the Gulf of Oman. Through this strait, about 21 million barrels of oil are being transported every day.

Moreover, it has been an area of conflict, as tankers and commercial ships were attacked in that area during the Iran-Iraq war in the 1980s.

This is another critical waterway for the world’s oil and natural gas, connecting the Mediterranean Sea to the Indian Ocean.

Just like the Strait of Malacca, the Bab el-Mandeb Strait is an area where a lot of pirate attacks take place. In fact,  in May 2020, a UK chemical tanker was attacked off Yemen, marking the ninth pirate attack in the area that year.