by The Editorial Team
in Opinions, Security 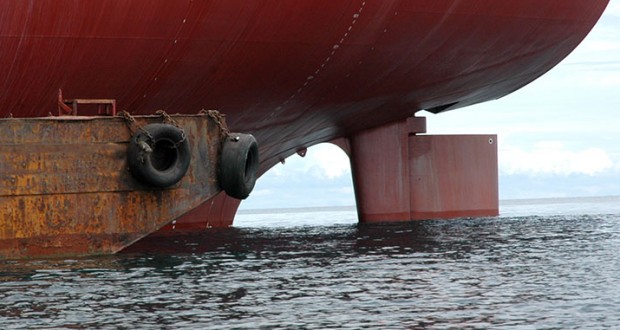 The recent incident on an oil tanker where stowaways posed a threat to the crew brought maritime security to the attention of a wider audience, says Abbie Rudd Senior Executive (Claims) at the North P&I Club.

As reported by news channels, the tanker was in the English Channel when seven stowaways, who boarded in Nigeria, turned against the crew. The crew, fearing for their safety, retreated to the vessel’s citadel. The UK maritime special forces unit, the Special Boat Service (SBS), boarded the vessel and the stowaways were arrested. Incidents such as these are, of course, frightening for those crew involved, especially if the number of stowaways is high in proportion to the number of crew.

The best defence is to restrict access to the vessel in the first place. This avoids the need to deal with stowaways at all and the unwelcome costs and hardships that they bring. But we are all aware that it is not always possible to avoid stowaways boarding a vessel. Despite maintaining a good watch, carrying out searches before and after the vessel has sailed and vessel security generally being tight, a gang of unwanted individuals is discovered. Now what?

If the crew are fortunate, the stowaways are quiet and generally well-behaved with no weapons and are only too grateful to receive some hot food and access to washing facilities. There are occasions though, where those same individuals, having somehow found out that they will not be disembarked at their port of choice, turn violent.

Response to the threat of violence

If the threat of violence, anger or destruction manifests while the stowaways are locked in their cabins, whoever is on guard should immediately call for assistance from the other crew. Don’t delay, as the situation can quickly get out of hand. Do not open the cabin door but allow them to talk, only interrupting if necessary, and always in a calm, quiet manner. Try to avoid sustained direct eye contact (if there is a window). Normally this is enough to calm the situation.

However, sometimes there is no warning and the stowaways can break out of their holding cabins or may turn on crew without warning. If possible, separate the stowaways into small groups and don’t allow them to gather, such as when exercising. This is particularly important if there are a large number of stowaways.

When handling stowaways, always be on your guard, never work alone, always ensure you have an escape route and don’t try to be hero. Your priority is to keep yourself and your fellow crew safe; if that means running to another place of safety such as the bridge and locking the door, then so be it. There have been instances where stowaways have escaped the accommodation block, only to find themselves on the cargo decks where the quick-thinking crew locked the doors, ensuring that the crew were all safe and the bridge was protected.

In such circumstances, if the vessel is near to shore, external assistance in the form of trained professionals can be mustered to board the vessel, capture and take the aggressors into custody. Decisions will later be taken as to whether the persons will be returned to the vessel under guard or processed ashore. Of course, we do hope that you will not find yourself in a situation such as this, so it is always advisable to ensure that the vessel has a thorough stowaway search plan in place and that this is strictly followed.

Crew must exercise caution when dealing with stowaways, but there is a duty to treat stowaways in their care humanely, whilst having due regard for the safety of others on board. Stowaways should always be provided with sufficient food and water, somewhere to sleep and access to toilet facilities.

Above article was initially published in North Club’s edition ‘ Signals Issue 122” and is reproduced here with authors kind permission.

Abbie joined North in 1998. She is responsible for personal injury claims. Abbie is jointly responsible for North’s enhanced pre-employment medical programmes in the Philippines and the Ukraine along with the post repatriation medical programme in the Philippines. Joining North in 1998 Abbie spent eight years within the Services Department co-ordinating a number of North’s publications, in February 2008 she joined the personal injury team, specialising in personal injury, stowaways, general crew and passenger claims.