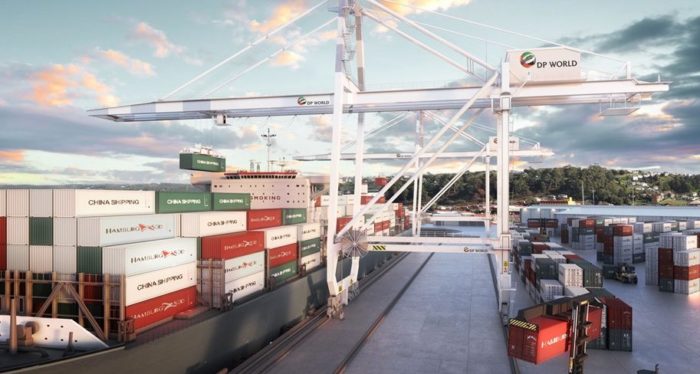 Above image is used for illustration purposes only / Credit: DP World Australia

The Maritime Union of Australia (MUA) informs that two hundred wharfies have stopped work for 24 hours at the Dubai Ports container terminal in Fremantle, accusing the company of failing to bargain in good faith as negotiations for a new workplace agreement drag on for more than 15 months.

MUA Western Australia Branch Secretary Christy Cain commented that “What we’ve seen in that time is the senior management of the Dubai-based company issue ultimatums, threaten massive job cuts, and attempt to unilaterally strip away workplace rights, all in an effort to force workers to accept their demands.”

The MUA reports that workers at DP World Australia, the country’s largest stevedore, had been left with no choice but to take industrial action in a bid to finalize a new workplace agreement that addresses important issues around job security and locks in workplace conditions such as parental leave and domestic violence leave.

The MUA Western Australia Branch Secretary added that “Dubai Ports needs to understand that Australian wharfies will not be bullied into handing over hard-won rights and conditions, and we are prepared to fight to ensure we receive our fair share of the productivity gains we have delivered on the waterfront.”

The strike started on late Sunday, January 12 and is expected to be followed by a range of further actions including rolling stoppages that will see every worker down tools for the final hour of each shift, as well as a range of work bans.

MUA Western Australia Branch Secretary Christy Cain explained that “By stopping work for 24 hours, then imposing ongoing stoppages and bans in the days and weeks ahead, Fremantle wharfies are sending a clear message that they are willing to fight for a fair agreement that includes important job protections and workplace rights,” highlighting that

The MUA remains ready and willing to resolve this dispute and bring an end to this escalating industrial action, but that can’t occur until DP World management start to genuinely negotiate in good faith.

It was in July when the Maritime Union of Australia reported that wharfies were striking for 48 hours at DP World’s Brisbane, Sydney and Fremantle container terminals, and for 96 hours in Melbourne, to fight against automation, outsourcing, cuts to income protection insurance.

Specifically, the workers began a two-day strike in Brisbane, on July 8, the first in a series of 48 to 96-hour work stoppages planned for container terminals run by Australia’s largest stevedore.

MUA informed that Sydney and Fremantle workers have scheduled to strike on Thursday and Friday, July 11 and 12, while Melbourne will be out from Wednesday until Sunday morning, July 10 to 14.

Amid the strikes, Australia expressed its disappointment and called for an end to the escalating industrial action, 'particularly at a time when shipping lines are reviewing stevedore contracts'.

The industrial action followed the expiry of a three-month cease-fire agreement between DP World and the Maritime Union of Australia (MUA), "which saw the company press ahead with a savage agenda of job cuts and attacks on rights and conditions. Income protection for workers remains as a target of the company."