ICC, IMB published a report on piracy and armed robbery in the timeframe from January 1 to June 30, 2019. Based on the report, the seas circling West Africa are the most dangerous for piracy, as of the 75 seafarers taken hostage onboard or kidnapped for ransom worldwide so far this year, 62 were captured in the Gulf of Guinea – off the coasts of Nigeria, Guinea, Togo, Benin and Cameroon.

On a global scale, the IMB Piracy Reporting Centre reported 78 incidents of piracy and armed robbery against ships in the first half of 2019, in comparison to 107 incidents for the same period of 2018. Overall, 57 vessels were boarded successfully, representing 73% of all attacks. 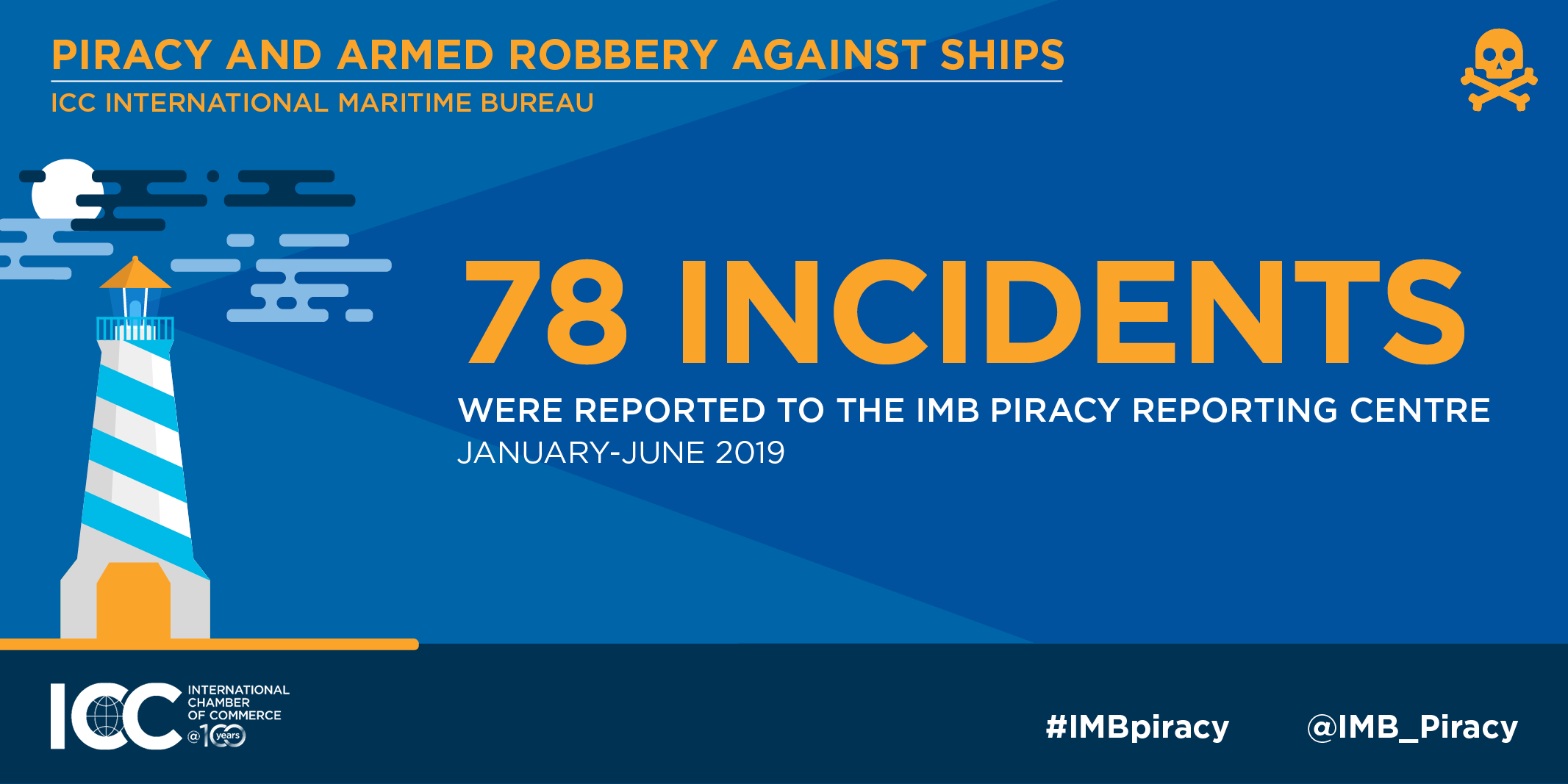 In that timeframe, pirates killed one person and held 38 hostages, while also kidnapped 37 for ransom. 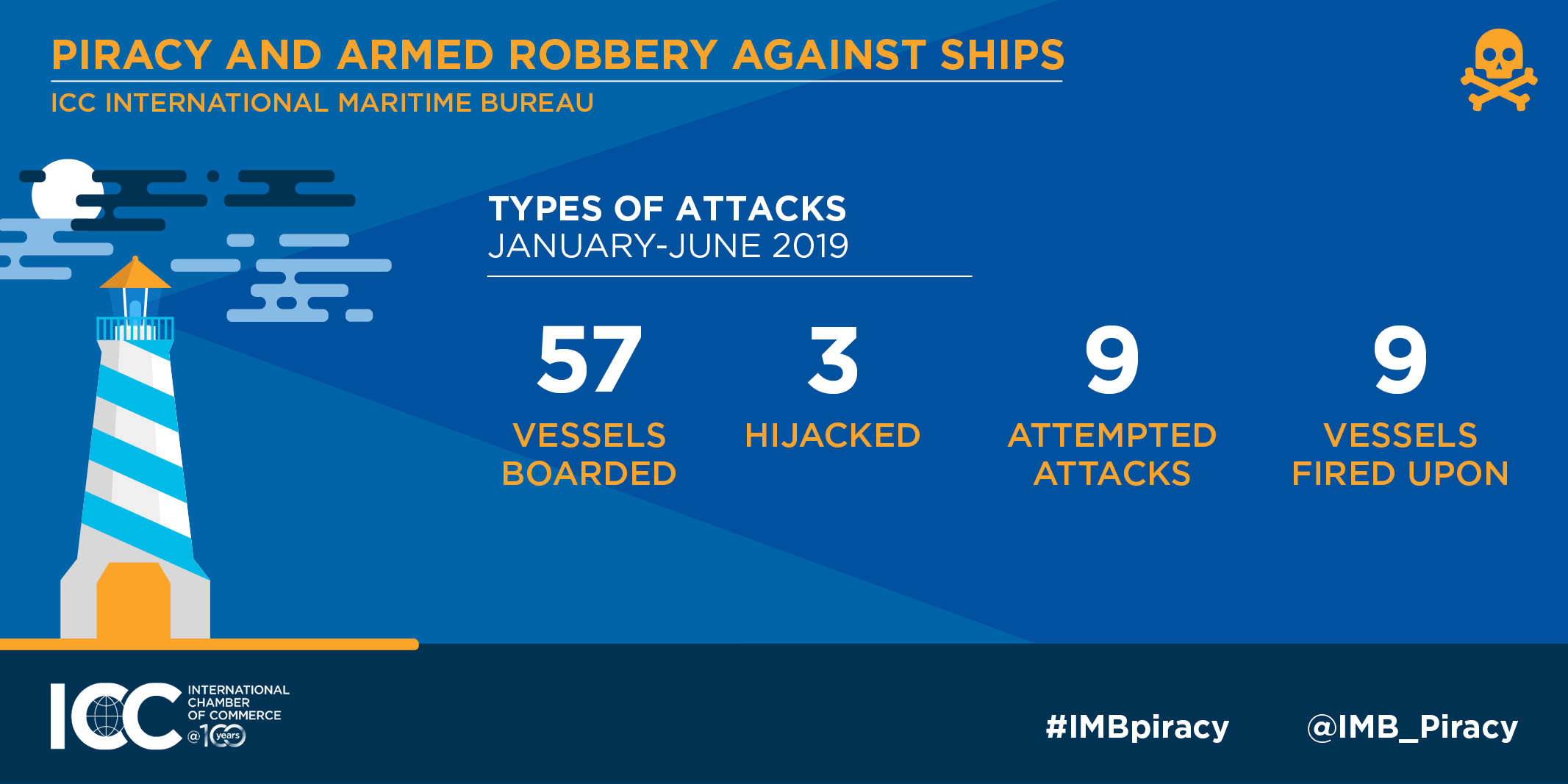 According to the report, Gulf of Guinea saw 73% of all kidnappings at sea, and 92% of hostage takings. Pirates kidnapped 27 crewmembers in the first half of 2019 and 25 in the same period in 2018.

Also, two chemical tankers were hijacked, as well as a tug that was then used in another attack. Of the nine vessels fired upon, eight were off the coast of Nigeria. These attacks took place on average 65 nautical miles off the coast.

Yet, the report sees an improvement in the attacks in the Gulf of Guinea during the Q2 of 2019.

While recognizing that many attacks go unreported, IMB recorded 21 incidents around Nigeria so far in 2019, down from 31 in the same period of 2018.

Although IMB sees a decrease in piracy attacks, it urges seafarers in the region to remain alerted and vigilant, while also report any suspicious actions to regional response centres and the IMB PRC.

Early detection of an approaching suspicious craft is key to prevent boarding and give time to raise the alarm and retreat into a citadel, if needed.

In the meantime, ten crew were kidnapped from two fishing boats off eastern Sabah, Malaysia, whereas now nine have been released.

Also, the report states that in Indonesia, information-sharing cooperation between the Indonesian Marine Police and the IMB PRC continues to show positive results. Meaning that the 11 incidents in Indonesian waters are still the lowest Q2 figures since 2009, where three incidents were reported. 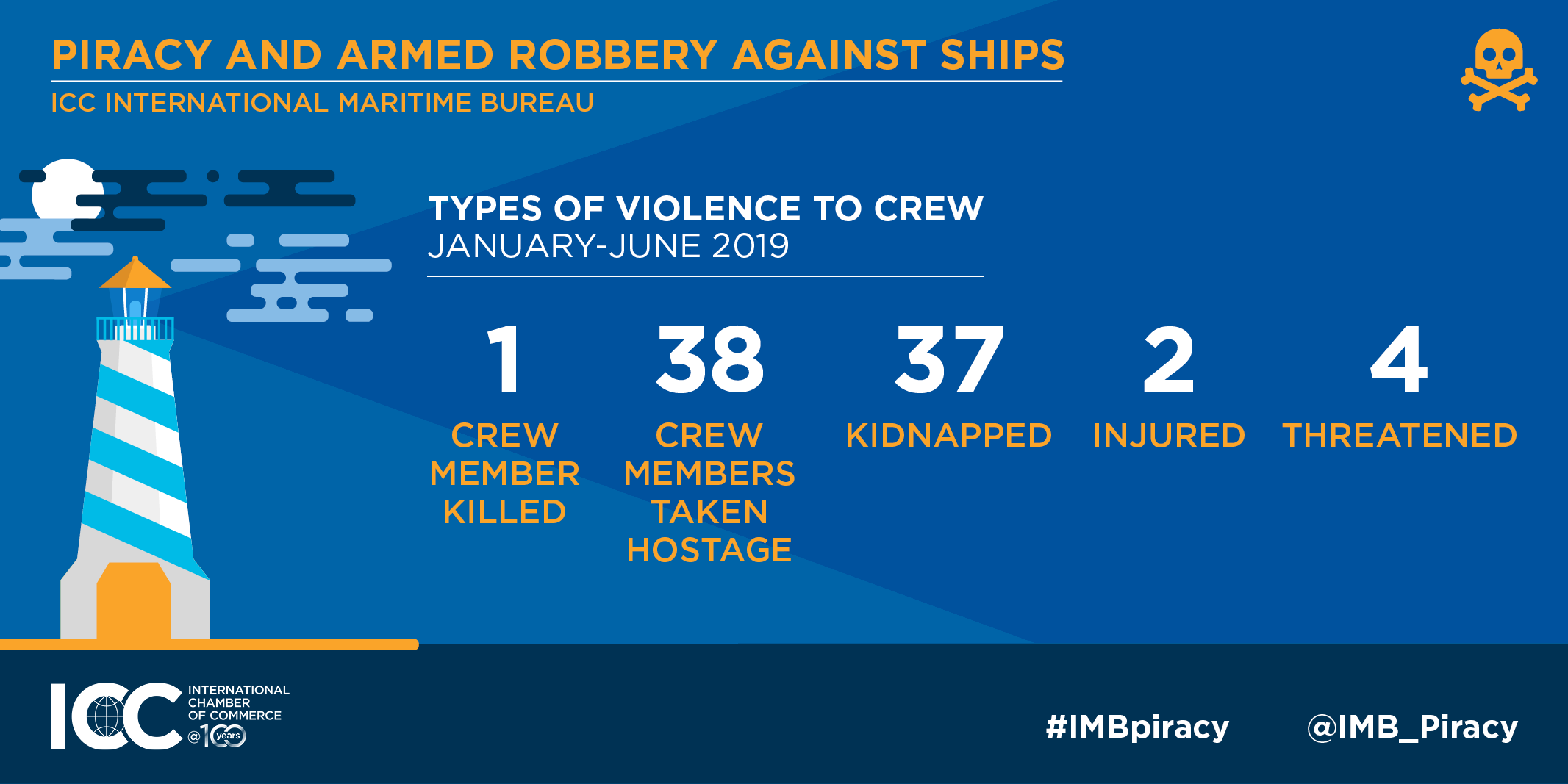 In addition, the report focuses on a piracy attack in the Guayas River, Ecuador, where a ship was fired upon. According to the report, it is the first time to ever report an incident involving the firing of weapons to the IMB PRC in Ecuador.

South America has also experienced incidents of violent armed theft against anchored ships in Callao in Peru, Jose Terminal in Venezuela and Macapa in Brazil. IMB refers to a shocking incident that took place on may 2, 2019, when armed robbers boarded a yacht in San Ignacio de Tupile, Panama, shooting and killing a family member and injuring another, the IMB PRC liaised with the victims and authorities. The surviving family members including two children were rescued by Panamanian Marine Police. 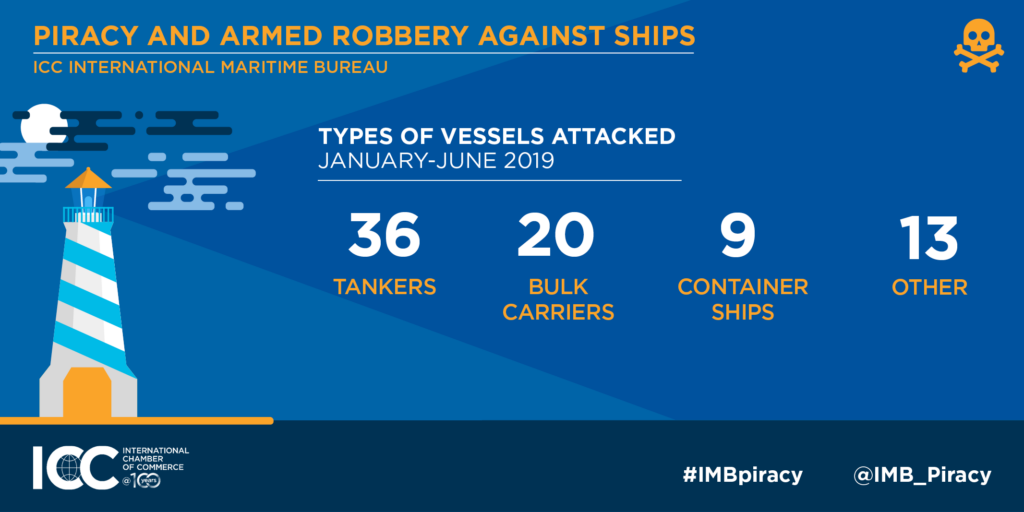 IMB strongly urges all shipmasters and owners to report all actual, attempted and suspected piracy and armed robbery incidents to the IMB PRC globally. This first step in the response chain is vital to ensuring that adequate resources are allocated by authorities to tackle piracy. Transparent statistics from an independent, non-political, international organization can act as a catalyst to achieve this goal.

Concluding, to find more on the report, click here.