by The Editorial Team
in Cyber Security, Green Shipping 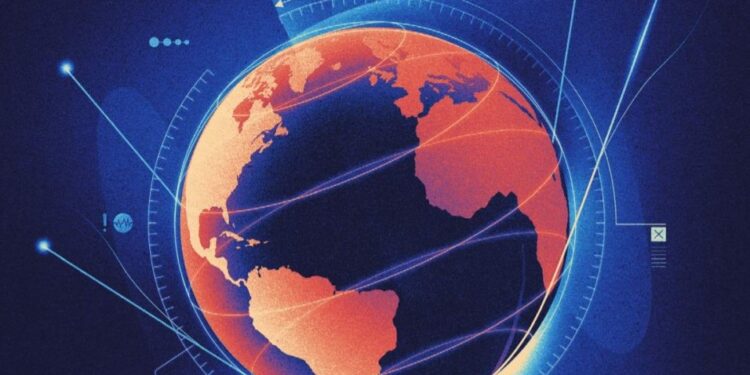 Asked to take a view of the past two years, respondents to the GRPS perceive societal risks as those that have worsened the most since the pandemic began.

In fact, only 16% of respondents feel positive and optimistic about the outlook for the world, and just 11% believe the global recovery will accelerate.

Instead, most respondents  expect the next three years to be characterized by either consistent volatility and multiple surprises or fractured trajectories that will separate relative winners and losers.

For the next five years, respondents again expect societal and environmental risks to be the most concerning. However, over a 10-year horizon, the health of the planet dominates concerns as:

Environmental risks are perceived to be the five most critical long-term threats to the world as well as the most potentially damaging to people and planet, with “climate action failure”, “extreme weather”, and “biodiversity loss” ranking as the top three most severe risks

Respondents also signalled “debt crises” and “geoeconomic confrontations” as among the most severe risks over the next 10 years.

Furthermore, technological risks, such as such as “digital inequality” and “cybersecurity failure”, are other critical short- and medium-term threats to the world according to GRPS respondents. 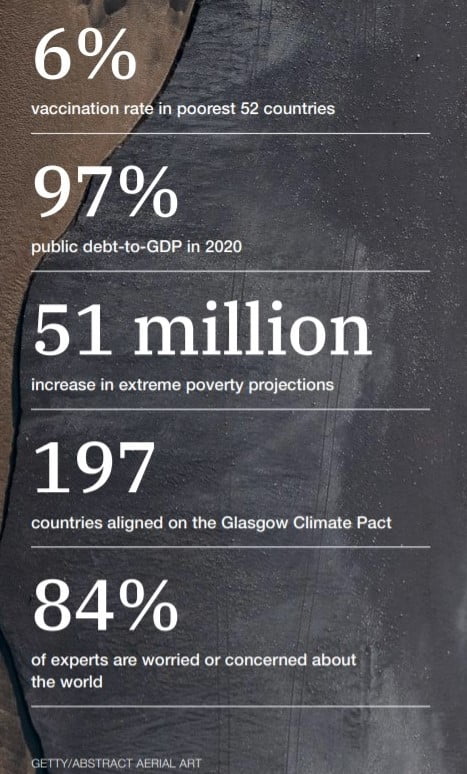 Respondents to the GRPS rank “climate action failure” as the number one long-term threat to the world and the risk with potentially the most severe impacts over the next decade.

Climate change is already manifesting rapidly in the form of droughts, fires, floods, resource scarcity and species loss, among other impacts.

In 2020, multiple cities around the world experienced extreme temperatures not seen for years—such as a record high of 42.7°C in Madrid and a 72-year low of -19°C in Dallas, and regions like the Arctic Circle have averaged summer temperatures 10°C  than in prior years.

Governments, businesses and societies are facing increasing pressure to thwart the worst consequences. Yet a disorderly climate transition characterized by divergent trajectories worldwide and across sectors will further drive apart countries and bifurcate societies, creating barriers to cooperation.

Given the complexities of technological, economic and societal change at this scale, and the insufficient nature of current commitments, it is likely that any transition that achieves the net zero goal by 2050 will be disorderly

Furthermore, while COVID-19 lockdowns saw a global dip in greenhouse gas (GHG) emissions, upward trajectories soon resumed, as the GHG emission rate increased faster in 2020 than the average over the last decade.

In addition, countries continuing down the path of reliance on carbon-intensive sectors risk losing competitive advantage through a higher cost of carbon, reduced resilience, failure to keep up with technological innovation and limited leverage in trade agreements.

However, the report notes that shifting away from carbon-intense industries, which currently employ millions of workers, will trigger economic volatility, deepen unemployment and increase societal and geopolitical tensions.

Moreover, adopting hasty environmental policies will also have unintended consequences for nature, while lack of public support for land use transitions or new pricing schemes will create political complications that further slow action.

A transition that fails to account for societal implications will exacerbate inequalities within and between countries, heightening geopolitical frictions. 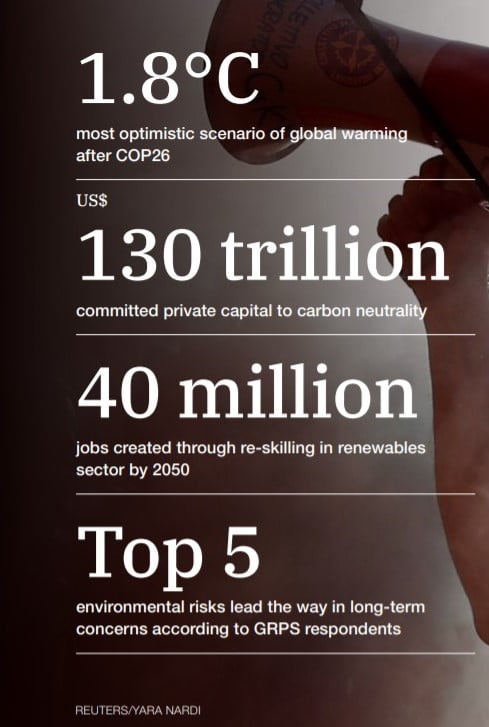 Growing dependency on digital systems has altered societies, as during the last 18 months, industries have undergone rapid digitalization, workers have shifted to remote working where possible, and platforms and devices facilitating this change have proliferated.

At the same time, cybersecurity threats are growing. In fact, in 2020, malware and ransomware attacks increased by 358% and 435% respectively, and are outpacing societies’ ability to effectively prevent or respond to them.

What is more, attacks on large and strategic systems will carry cascading physical consequences across societies, while prevention will  entail higher costs.

As attacks become more severe and broadly impactful, already sharp tensions between governments impacted by cybercrime and governments complicit in their commission will rise as cybersecurity becomes another wedge for divergence among nation-states. 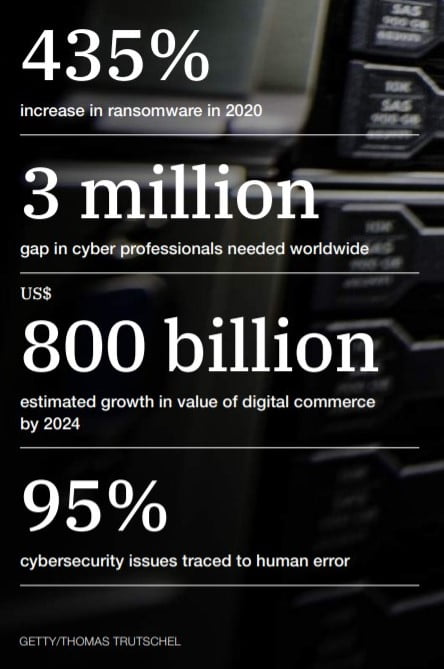