A Former Royal Marines Reservist tested his jet-powered body suit over the water for the first time, joining the Royal Marines "as a real-life Ironman". Being also an inventor of the jet-powered suit, he headed with fast patrol boat HMS Dasher and a couple of boats to demonstrate its potential, on the sidelines of Fleet Air Arm’s annual show.

He cannot walk on water, but ‘rocket man’ Richard Browning can hop and glide over it as he demonstrated how the Royal Navy might use such a suit. 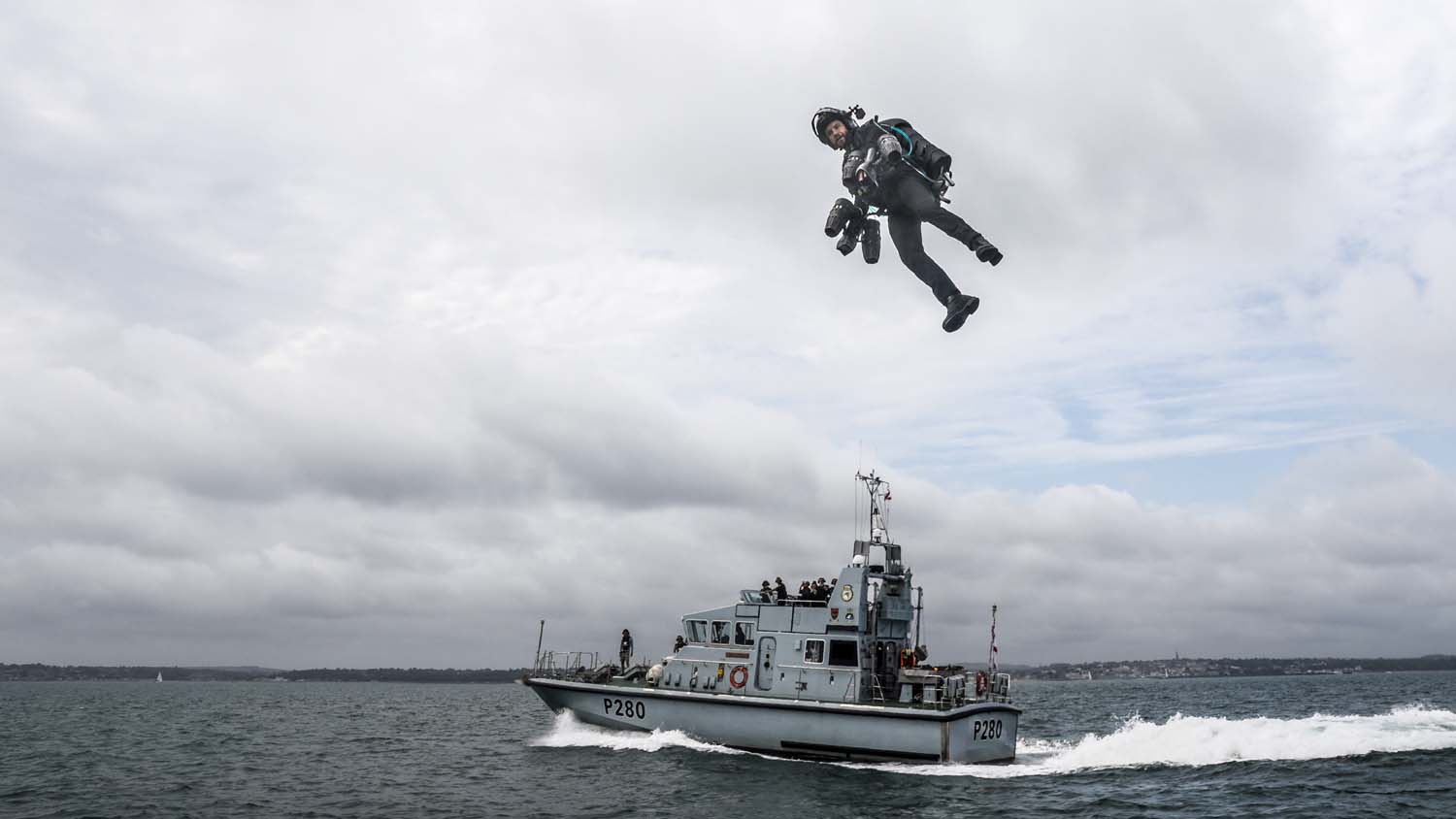 A small landing/launch pad was set up on Dasher’s forecastle as he leapt between the boat and two accompanying rib speed boats buzzing around the Solent off Portsmouth Harbour at speeds of up to 20 knots.

The trials proved that the suit works over a large body of water and that the pilot can land and take-off with relative ease from boats or ships moving at speed – even with the limited space on the upper deck of a P2000 patrol vessel. 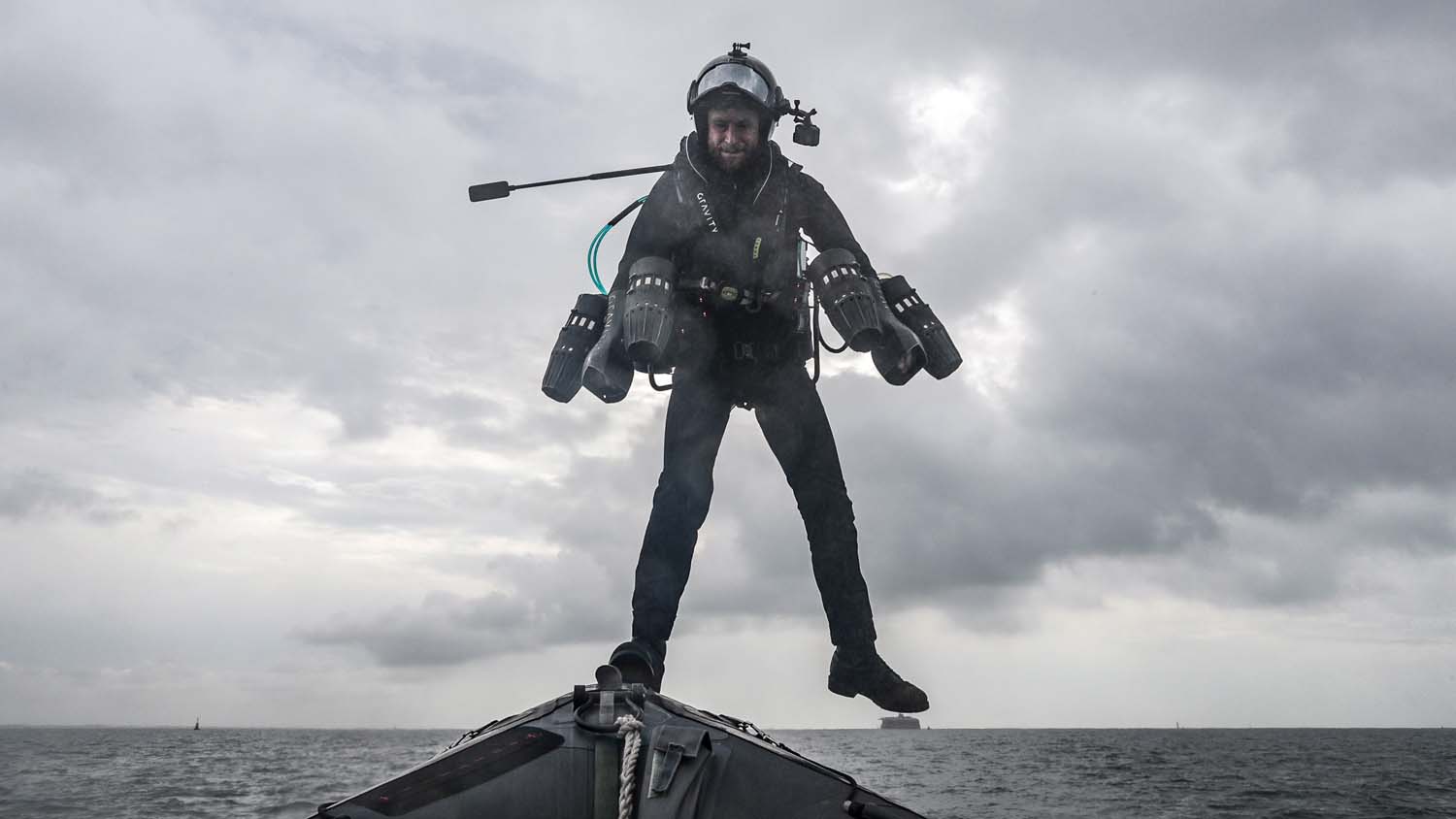 This successful testing has laid the foundations for further tests at sea from some of the Royal Navy’s larger warships, said the ‘rocket man’ Richard Browning.

The Royal Navy has been at the leading edge of technology in defence for hundreds of years – we’re proud of our traditions but we continue to explore new ideas and concepts and push the boundaries of naval warfare, 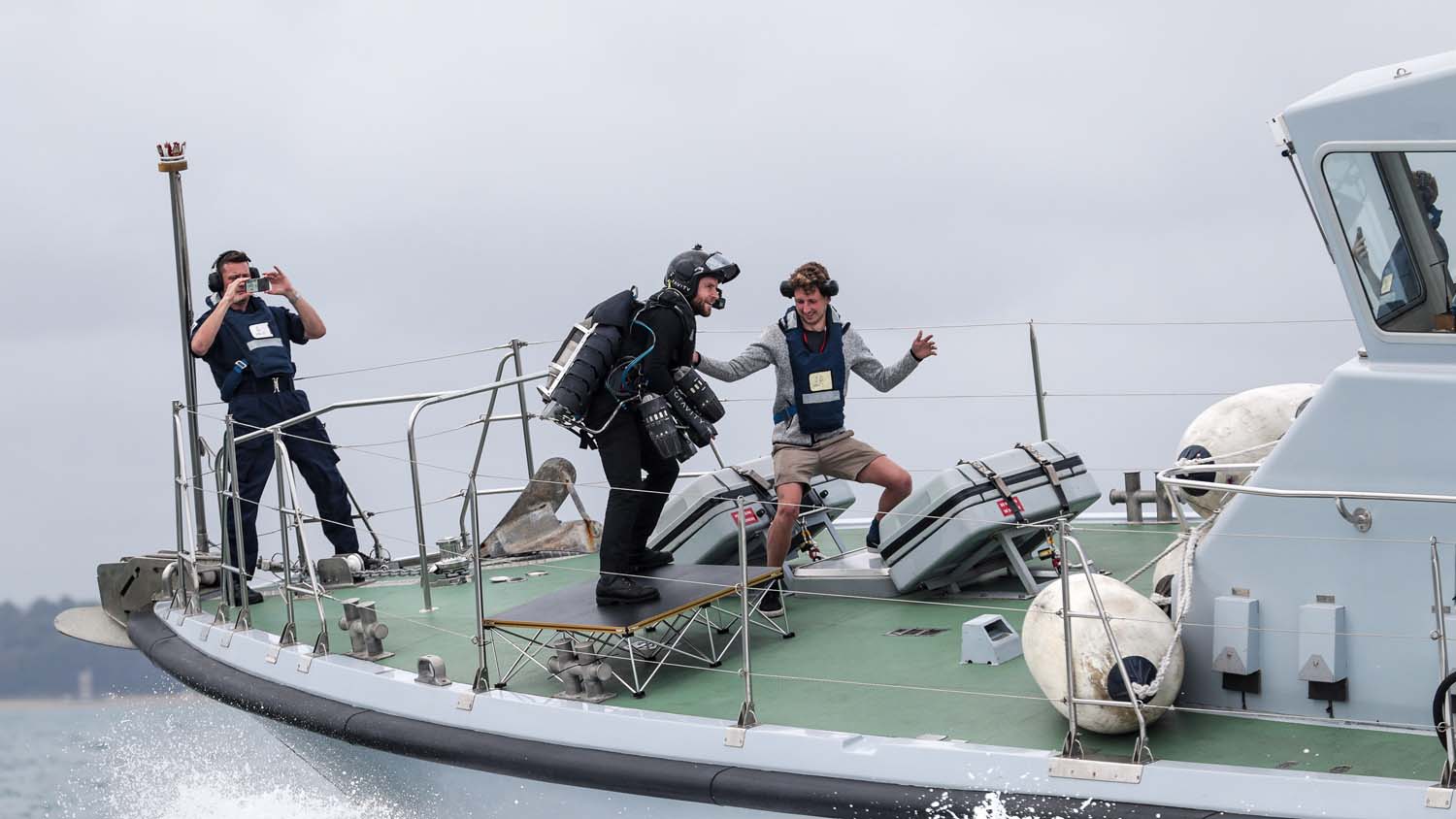