All Watch Officers must be certified in the IMO SMCP 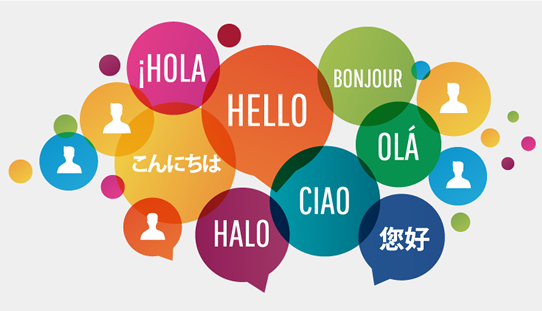 Many of the accidents at sea occur due to poor communication, identifying a major problem: seamen onboard, coming from many different nationalities, have not English as first language. Stephen Murrrell, maritime English teacher and examiner for the SMCP Proficiency, urges companies to obey with the IMO SMCP (Standard Marine Communication Phrases) law and advises on the different ways to certify ship’s personnel using distance and face to face learning and on possibilities of EU funding to pay the costs. Mr. Murrell highlights that it is illegal to use watch officers who are not certified in the IMO SMCP, as they are prone to misunderstandings and mistakes during operations onboard.

Most ships on the seas today are navigating illegally. Certain categories of ship’s crew must be certified in the English language to comply IMO regulations, very few are. The problem is serious. The Costa Concordia accident in 2012 cost 1.2 million dollars and killed 32 people. One of the causes quoted was problems in English comprehension between the Captain and crew.

Why companies ignore the law

Some companies don’t care about the law, few people understand it and fuzzy wording makes the regulation difficult to understand or apply. The result is ships are sailing unlawfully (invalidating insurance cover in some cases) and expensive, fatal accidents continue to happen at sea. Some owners have taken advantage of new technology to train and test crews and some European funding may help owners with officers in the European Union to finance training their crews as required by the laws of the sea.

What does the law require?

The International Maritime Organization have worried about a common language for mariners since the 1970s. Their website claimed that problems with speaking English were responsible for 150 deaths at sea annually and caused millions of dollars’ worth of damage.  IMO responded to the problem by writing the IMO SMCP (Standard Marine Communication Phrases) and passing legislation in 1997 that

Since then IMO have expanded the categories of personnel obliged to be certified in the SMCP. Guaranteeing that all ships have staff able to communicate with other ships offered a solution to the damage and deaths caused by language problems at sea but in 2005 an IMO report concluded that

80% of accidents and incidents on-board are caused by human error, and poor usage of English.

The structure of the book and the phrasing of the law obliging crews to learn it mean that the SMCP isn’t used and owners operate illegally.

What is the IMO SMCP?

Mariners and their trainers often don’t understand what the SMCP is for or how to use it. The SMCP is designed to allow communication on board and from ship to ship between seamen, who don’t speak much English. The SMCP is 118 pages of phrases considered indispensable for ship’s safety. The authors designed the vocabulary in a way that even a complete beginner who speaks no English can learn the phrases by memory and use them. The authors cut out almost any complicated grammar. An SMCP speaker doesn’t even need to know how to make a question. They just remember to say ’Interrogatives’ before a phrase

Instead of learning the rules to make the question.

The vocabulary is complicated for a beginner in the English language (sixteen words for ‘wind’ for example) but almost anybody could commit them to memory. If IMO regulations were applied properly then all ships would be able to communicate between themselves. This would save lives and money and the ships would be operating according to the law of the sea but most ships do not have properly certified crews.

Natives English speaking officers are not usually certified. This is illegal and theoretically an insurance company could refuse to pay because the officer was not certified according to STCW regulations. One situation reported was a Chinese officer who could not understand the offer made by an Australian officer

Do you need a chopper?

Because he had committed to memory

The seas will probably be safer if mother tongue officers were certified in the SMCP and companies are legally obliged to certify deck officers and others whatever their mother tongue.

How to certify officers

If a ship’s operator does decide to certify their crew in the SMCP they have a problem. IMO declare that certain officers must be certified in the SMCP but not what certification is acceptable. Officers in different nations are certified for different language skills. The European Union accepted ‘The IMO SMCP Proficiency Certificate’ as valid for EU funding about 5 years ago and there seems to be little alternative.

How to train crews

Training crews in the SMCP has a cost but new technology has reduced this. The student must understand and use a list of vocabulary so training SMCP speakers is much easier than conventional language teaching. New technology can provide pronunciation models and test students ability to use them. Cambridge University Press published Safe Sailing ISBN 978-0-521-13495-8 which has been adopted by the British Chamber of Shipping. The interactive DVD gives students a model for their pronunciation and learn the various sections of the SMCP.

Some companies like Messina and Finaval have commissioned DVDs that teach the SMCP and vocabulary for particular types of shipping (Gas transporters and RORO) The advantage of interactive DVDs is that seamen can study alone and anywhere (i.e. at sea) reducing the costs to the company

Companies with offices in the EU can probably profit from various EU funding schemes to pay the cost of conventional training or commissioning DVDs and other technological solutions. Getting money from the EU is a specialised business and it is worth using an agency. Companies that organise funding initiatives are paid by the fund and reputable agencies do not charge for funding applications.

In conclusion, certification in the IMO SMCP is a legal obligation and companies that don’t obey are acting against the law of the sea. They are also creating a dangerous maritime environment.