Over the coming weeks, the Ocean Cleanup will perform several tests to slow down or speed up the system. At the initial stage, the team will start the first test to attempt slowing down the system. The latest version of this design, dubbed System 001/B, has arrived in the patch after eight days of transit. 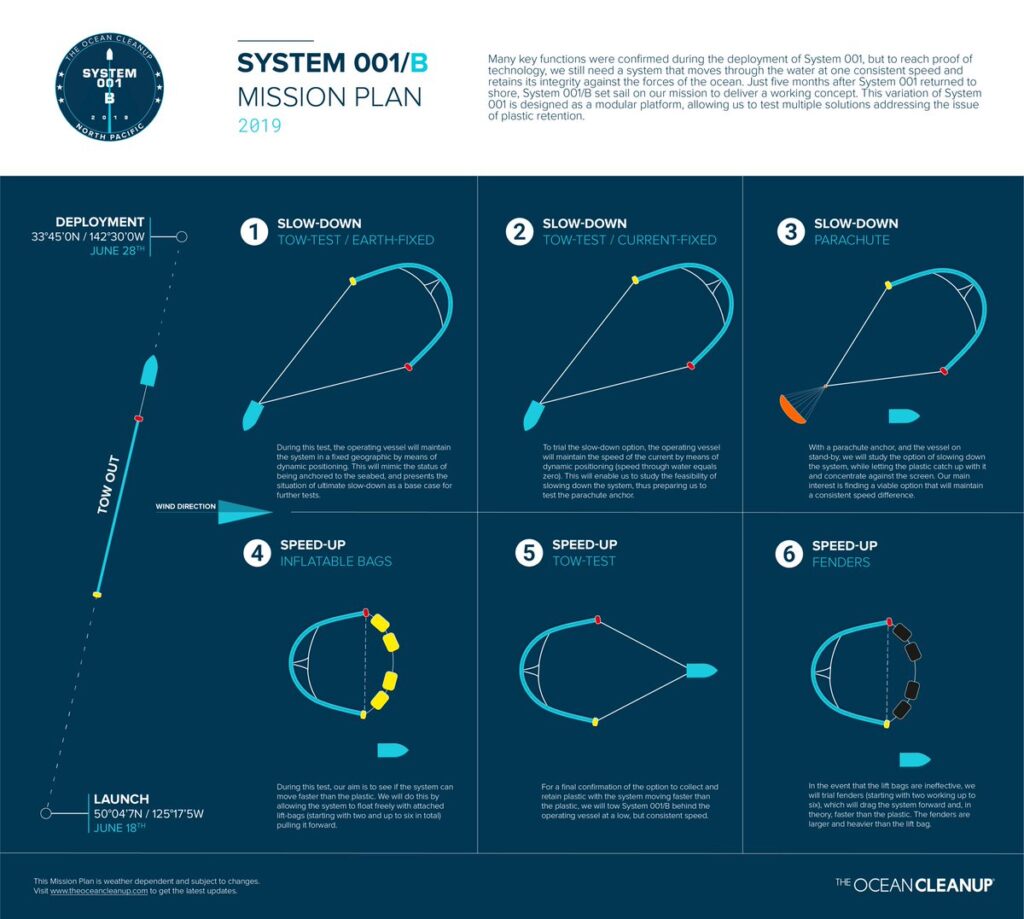 Following the announcement made on June 24, that the Ocean Cleanup is ready to re-begin operations, it is ready to operate in the Great Pacific Garbage Patch this summer. The latest version of this design, dubbed System 001/B, has arrived in the patch after eight days of transit.

The Maersk transporter arrived in Vancouver, coming from San Diego. After the arrival, the system was connected to the vessel and the crew prepared for their journey. The vessel is no able to travel faster and transmit time is less, almost one week of travel in total, as the team decided not to tow with the skirt attached to the system and have less loads on the system in general.