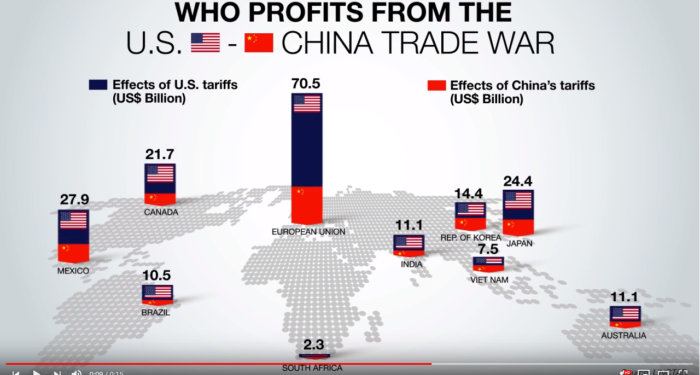 UNCTAD launched the ‘Key Statistics and Trends in Trade Policy 2018’ study highlighting that European Union exports are those to possibly rise, capturing about $70 billion of U.S.-China bilateral trade, meaning $50 billion of Chinese exports to the US, and $20 billion of U.S. exports to China. Also, Japan, Mexico and Canada will each capture more than $20 billion.

Although the above do not represent a large part of global trade, as in 2017 it was worth about $17 trillion, for many countries they make up a substantial share of exports. For instance, the  $27 billion of U.S.-China trade that would be captured by Mexico represents a non-negligible share of Mexico’s total exports.

Also, substantial effects relative to the size of their exports are also expected for Australia, Brazil, India, Philippines, Pakistan and Vietnam.

These changes are due to bilateral tariffs that cause an international competitiveness in favour of companies operating in countries that are not directly affected by them.

Moreover, according to the study, the countries that are to benefit from the US-China tariffs are those that are competitive and have the economic capacity to replace the US and Chinese firms. 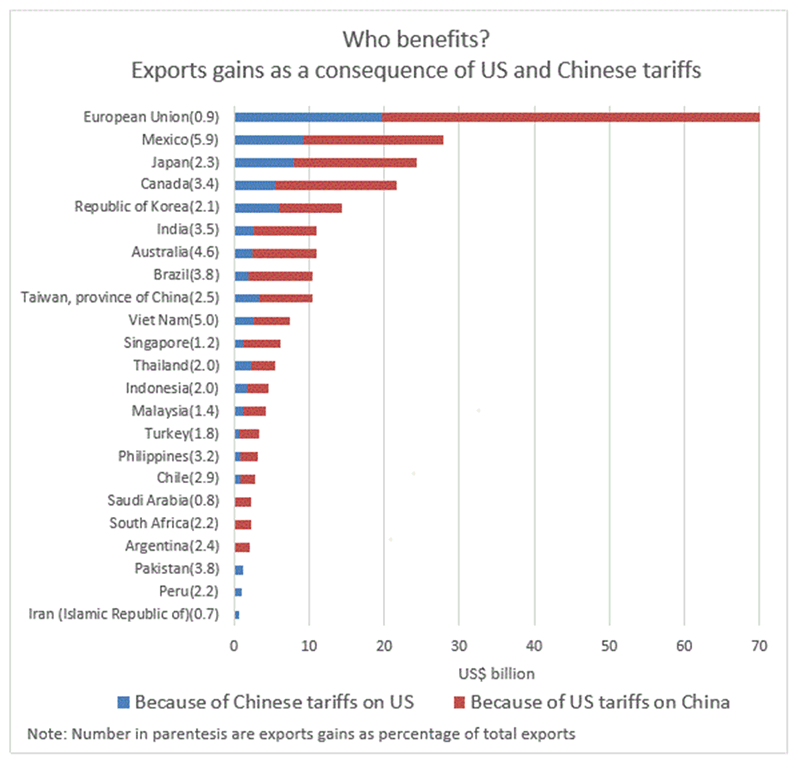 Yet, the study shows that although many are the countries that will benefit from the tariffs, some of them will not have positive results.

Concluding, the study supports that the negative effects are more likely to dominate. 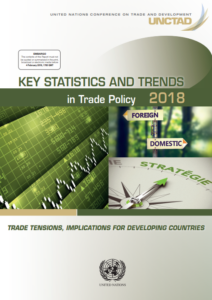