by The Editorial Team
in Safety, Videos
FacebookTwitterEmailLinkedin

NOAA provides these ranges with a 70% confidence. An average hurricane season produces 12 named storms, of which 6 become hurricanes, including 3 major hurricanes.

As Americans focus their attention on a safe and healthy reopening of our country, it remains critically important that we also remember to make the necessary preparations for the upcoming hurricane season. Just as in years past, NOAA experts will stay ahead of developing hurricanes and tropical storms and provide the forecasts and warnings we depend on to stay safe, 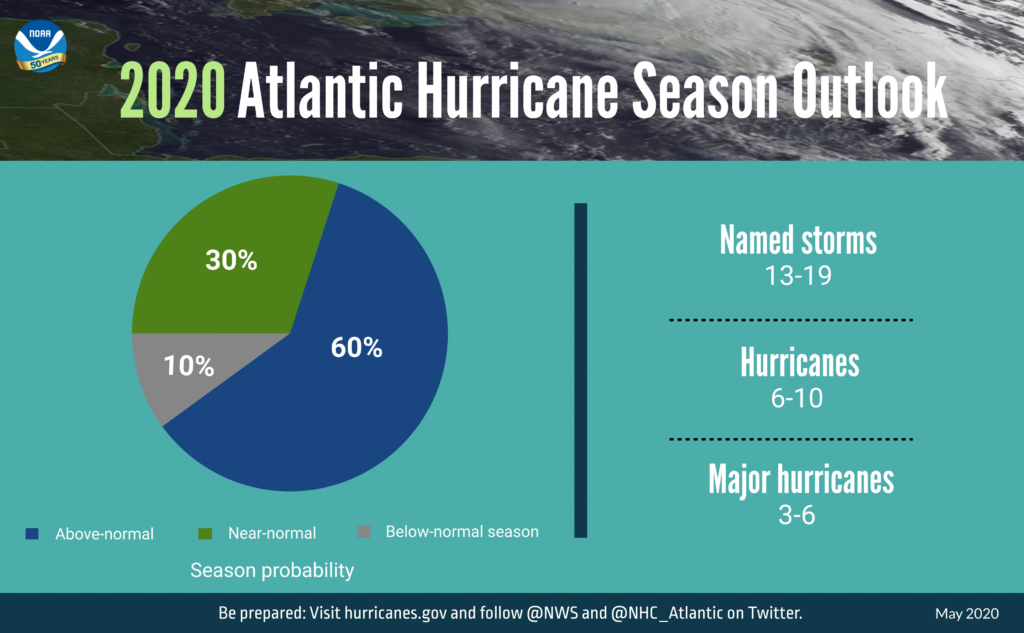 The combination of several climate factors is driving the strong likelihood for above-normal activity in the Atlantic this year.

El Nino Southern Oscillation (ENSO) conditions are expected to either remain neutral or to trend toward La Nina, meaning there will not be an El Nino present to suppress hurricane activity.

Similar conditions have been producing more active seasons since the current high-activity era began in 1995.