The International Renewable Energy Agency (IRENA) published a booklet focusing on the progress of renewable energy in the future, which is expected to double by 2030 to advance the global energy transformation, achieve sustainable development goals and a pathway to climate safety.

Accordingly, IRENA's booklet "10 Years: Progress to Action" was published for the 10th Annual Assembly of IRENA, presenting the global evolution of renewables and outline the measures needed to boost renewables.

In light of renewables, Google announced the biggest corporate purchase of renewable energy in history, made up of a 1,600-megawatt (MW) package of agreements and 18 new energy deals, in September 2019. 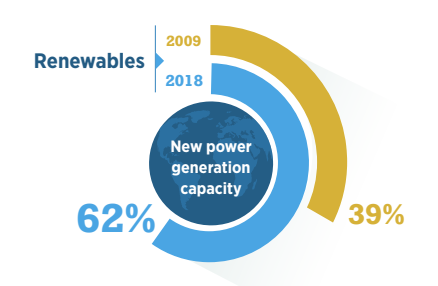 This ten-year period is the period of action, as by 2030 IRENA believes that renewables could cover the 57% of the global power supply.

In the meantime, in this period Share of electricity in total energy consumption is expected to reach the 30%. 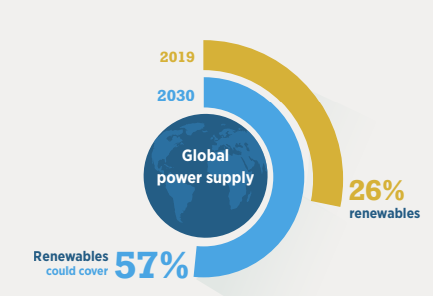 The Association claims that in order to meet the global environmental goals, renewables must develop and grow by 2030. As such:

Much of the needed investment can be met by redirecting planned fossil fuel investment. Close to $10 trillion of non-renewables related energy investments are planned to 2030, risking stranded assets and increasing the likelihood of exceeding the world’s 1.5-degree carbon budget this decade.

In the meantime, the world should proceed to additional external cost savings, including minimizing losses caused by climate change as a result of inaction.

Also, the report estimates that jobs have a possibility to increase to 40 million by 2050 under a climate-safe energy scenario. 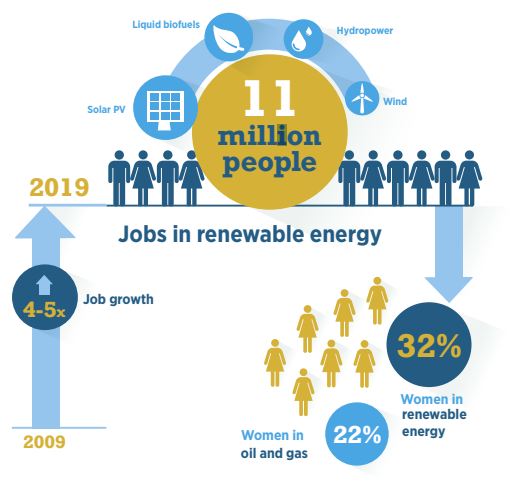 We have entered the decade of renewable energy action, a period in which the energy system will transform at unparalleled speed… Renewables hold the key to sustainable development and should be central to energy and economic planning all over the world.

To explore more on "Ten years of Action" click herebelow 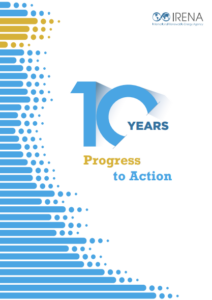