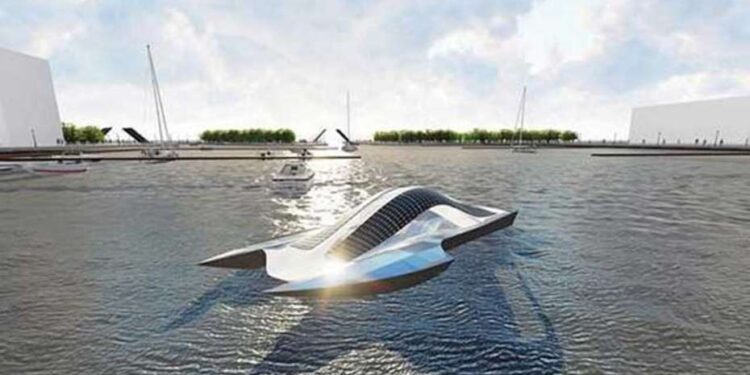 During the Shakedown event on 30 June, twelve selected start-ups presented the fruits of 100 days of ‘business building’ together with a team of mentors, partners and experts. RanMarine was one of the participating firms.

“It may sound like a strange thing to say for an entrepreneur, but my mission will only truly be accomplished when I’m ‘out of business’,” says Richard Hardiman, CEO of RanMarine. With his ‘Waste Sharks’

Hardiman hopes to help clean up the mass of ‘plastic soup’ suspended in the world’s oceans.

What makes Hardiman’s invention particularly ingenious is that his ‘shark’ can be deployed 24/7. The device – which is the size of a regular passenger’s car – has an ‘open mouth’ located 35 cm below the water surface, which can collect some 500 kg of the waste in the water.

Explore more about the Waste Sharks watching the video bellow