Above image is used for illustration purposes only / Credit: ReCAAP

The ReCAAP ISC received information from Philippine Focal Point about the planned kidnapping by the members of Abu Sayyaf terrorists. The group will be using a blue 3-Engine Speedboat and expected to be underway to Sabah within the next 24 hours. ReCAAP ISC urged for maritime situational awareness to mariners operating in the area.

All vessels transiting the area are advised to exercise extreme caution when transiting in the waters in Lahad Datu and surrounding waters in Sabah...Any verified information on this incident is appreciated. 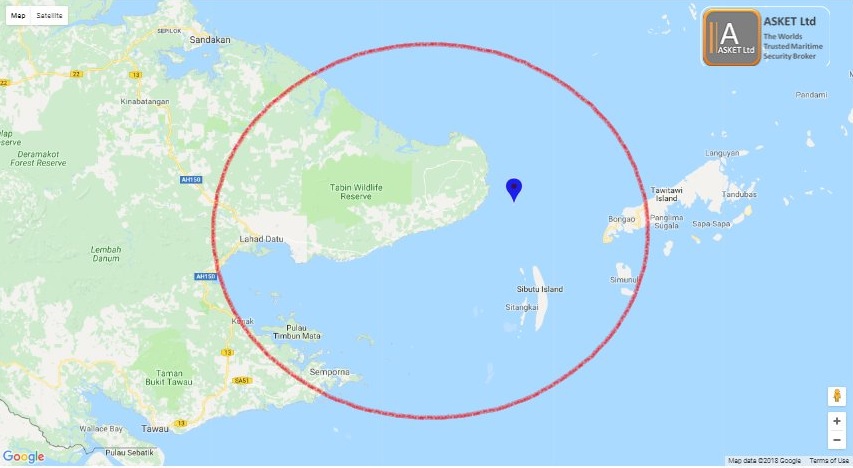 Abu Sayyaf, a Jihadist militant group, has been connected to several crew abductions since 2014 and has long used ransoms from kidnappings to finance its operations. In July 2017, the terrorists beheaded two Vietnamese sailors -reportedly due to the country's anti-ransom policy- who had been held as hostages after being kidnapped from their ship, the bulk carrier 'Royal 16' off Basilan, in November 2016.

The group has conducted 17 'successful' attacks on ships off Sabah, between April 2016 and April 2017, but it has not been able to complete an attempt in the last twelve months, according to STRATFOR consultancy.