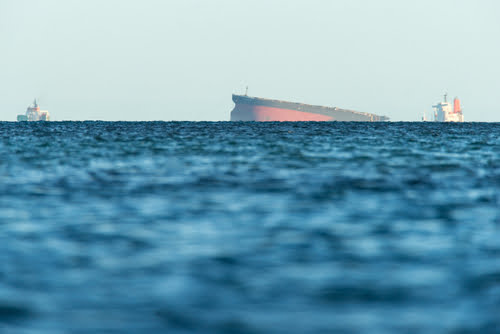 The captain and first officer of a ship that hit a coral reef and spilled toxic fuel off the coast of Mauritius last year in the worst environmental disaster in the island nation’s recent history have pleaded guilty to endangering safe navigation.

To remind, Wakashio’s spill was an environmental calamity for Mauritius, an Indian Ocean nation off the coast of East Africa that’s well-known for its gorgeous seashores and lagoons. It destroyed the livelihoods of fishermen and tourism staff and threatened biodiversity sizzling spots, together with outstanding snorkeling and diving areas.

The captain, Sunil Kumar Nandeshwar, and the primary officer, Subodha Tilakaratna, entered their pleas Monday in a listening to on the Intermediate Court within the capital, Port Louis, in accordance with Mr. Tilakaratna’s lawyer. Mr. Nandeshwar had admitted to ingesting throughout a celebration on the ship, which was carrying 200 tons of diesel and three,800 tons of gas oil, when it ran aground in July 2020.

But the charges — for conduct “likely to endanger the safe navigation of the ship or to cause interference or annoyance to the other persons on board” — are among the lightest criminal ones under Mauritian law, and the two are likely to be freed soon, the lawyer, Amira Peeroo, said.

The offenses carry a fine of 50,000 rupees, $1,140, or a maximum prison sentence of two years. But since both men were denied bail following their arrests in August 2020, the two will be deemed to have served their prison terms and freed after sentencing on Dec. 27, Ms. Peeroo said.