VLOC develops severe list off Brazil after running aground 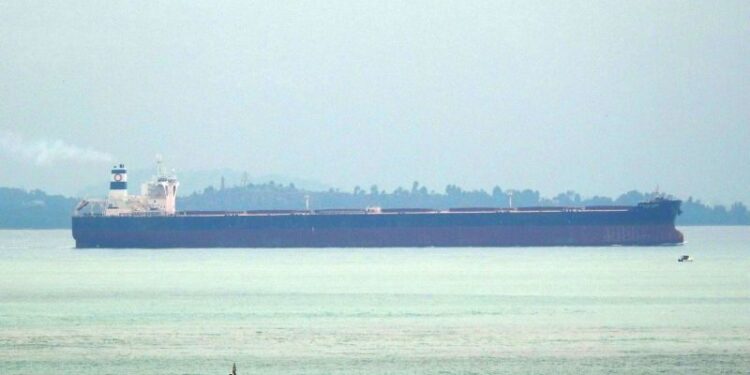 A giant VLOC loaded with iron ore experienced trouble off the coast of Brazil, raising fears that the vessel could sink. Namely, ‘Stellar Banner’ developed a severe list to starboard on February 25, after leaving the Vale-owned Ponta da Madeira terminal in São Luís, Brazil.

After the incident, all 20 crew members have been evacuated from the ship as a precaution.

Sources report that the ship may have hit an unidentified shallow sea bed, which caused the vessel to take on water, however the cause of the incident is under investigation.

Due to the incident, some ballast water tanks and void space suffered damage, although the extent of damage will be further established. However, cargo holds are believed to be intact and the situation is under control.

In addition, in order to assess damage and secure its own safety, the vessel shifted to a safer area. Salvage firm Ardent is responsible for the salvage plans.

The Marshall Islands-flagged ships was built in 2016 and is owned and operated by Polaris Shipping of South Korea. It is chartered by the Brazilian mining company Vale.