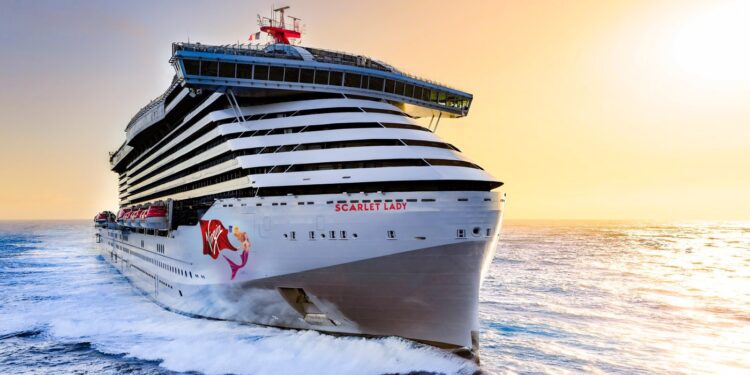 Scarlet Lady was scheduled to debut in New York in early March, before heading to Port Miami to start cruises in April.

We believe delaying the launch celebration is the right thing to do given public sentiment and focus at this time. We have absolutely no health concerns or issues on board and there are no issues with our passengers or crew,

…the cruise line said in a statement.

The ship will instead sail to its new home in Miami and then sail back to New York at a later date “for a proper launch celebration“.

The 850 passengers currently on the ship are friends and family of its crew and were invited to join a complimentary test sailing, Virgin Voyages said.

Delivered in February by Italian shipbuilder Fincantieri, Scarlett Lady is the first of four new cruise ships being constructed for Virgin Voyages.