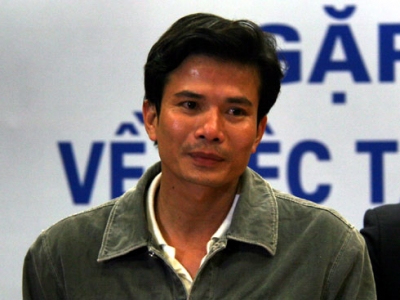 Dau Ngoc Hung, a crew member of the missing Vinalines Queen cargo ship, has been found alive after drifting for six days on the 5,000m-deep Philippine Sea. He says the boat sank and he is the sole survivor.

The 31-year-old from Nghe An central province is one of the 23 crewmen of the ship that was carrying 54,400 tons of Nickel ore from Indonesia’s Morowali port to Ningde port in China.

According to Vinalines Shipping, the owner of the Vinalines Queen, the vessel went missing at 7am on December 25th upon reaching the area northeast of Luzon Island, in the Philippines.

The remaining 22 sailors are feared dead after unsuccessful search attempts by air forces from Japan, Taiwan, and the Philippines.

On December 30, the Vietnam’s Marine Rescue Cooperation Centre (MRCC) received information from a Taiwanese rescue agency that at 10:30am the same day, a British-flagged ship named London Courage on the way to Singapore found a man adrift on a life raft.

A few minutes later, a rescue centre from Hong Kong confirmed the information.

MRCC director Nguyen Anh Vu immediately phoned the London Courage via satellite to communicate with Hung. MRCC helped Hung connect with his family, who have been waiting for him by the minute.

Wife of the survivor, 33-year-old Lai Thi Thoa, recalled she was overjoyed to recognize her husband’s voice at the other end of the line.

Earlier, on December 27, Thoa had fainted after being informed the ship had gone missing.

He added the company is asking MRCC and Vietnam National Committee for Search and Rescue to request assistance from Japan, the Philippines, and Taiwan in searching for the other 22 crewmen around the above location.

The company also plans to bring Hung ashore by helicopter if needed, he said.

Cat added the company is going to send a special force to Singapore to join in search and rescue operations and to bring Hung home.

According to a source, the London Courage ship is expected to arrive at a port in Singapore on January 4, 2012.

In the meantime, MRCC has pledged to continue to ask for assistance from countries in the region in locating the sunken ship and its missing crew members.

For its part, Singaporean authorities have announced they would cooperate with Vietnam and are willing to receive the survivor Hung.

Did crewmen have on life jackets when the ship was about to sink?

All of us were wearing life jackets when the ship sent out emergency signals.

When you managed to rise to the surface after the ship sank, did you see anybody at that time?

There were strong winds, maybe at force 8, when I surfaced. I got hold of a life raft and looked around but found nobody.

Did you eat the dried provisions and drink freshwater stored on the raft while you were adrift from 7:00am on December 25 to December 30?

Yes I did. Danger is always there for those who work on rivers and seas. Therefore, we always prepare for the worst situations. For accidents like this, you shouldn’t be too frightened; instead you must be calm to deal with it.

How about the winds?

I would estimate the winds at force 8 and there were rough seas at the time of the sinking, and the boat was travelling at 6 nautical miles per hour.

Did the boat change its direction before the sinking?

The boat changed direction and moved towards a nearby island. At that time, I was assigned to carry goods and fresh water to the life rafts.

Did the ship move towards Luzon Islands of the Philippines?

Yes, it did. Fortunately, I clung to the life raft and survived.

Did you have more to tell us?

There were strong winds and rough seas that night, so the ship leaned and sank. Luckily, I had a flashlight and managed to get onto the life raft.