The VLCC (Very Large Crude Carriers) markets have staged a modest recovery ahead of market speculation that OPEC may relax production cut discipline and rising bunker prices which are providing a negotiating point for owners, according to data provided by VesselsValue.

The VLCC market remains oversupplied with tonnage, but there are other tools at the immediate disposal of owners. The average speed of the VLCC fleet has not dropped to the levels seen in historical data in the high oil price environment and low earnings of 2013, VesselsValue notes.

Slowing ships down further could help reduce the supply of available vessels.

Slow steaming refers to a process of deliberately reducing the speed of cargo ships to much less than the permitted speed limit, which helps them, among others, to cut down fuel consumption and carbon emissions. 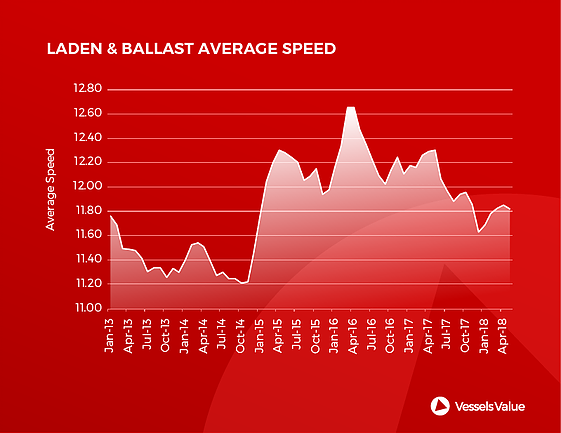