VesselsValue: Potential war with Iran negative for most ship types 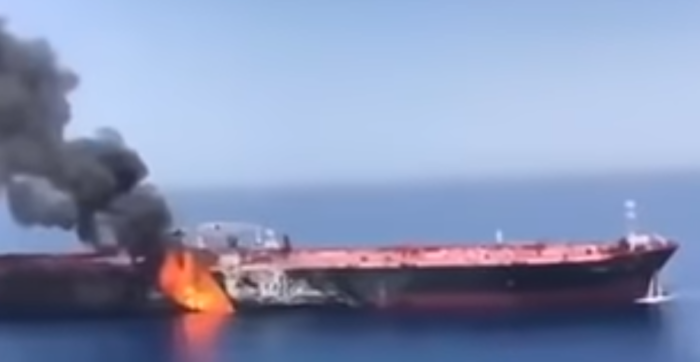 A wider conflict between the US and Iran would be negative for most types of ships and for the oil markets in general, as fewer ships will transit the Straits of Hormuz, said VesselsValue in its latest analysis, following tensions on the aftermath of the recent tanker attacks in the Gulf of Oman. The analysis focuses on VLCCs, which lift most of the crude cargo volumes out of the Arabian Gulf.

The United States and Saudi Arabia have publicly blamed Iran for the subsequent attacks against two tankers in the Gulf of Oman on 13 June, which left the one vessel ablaze and both adrift. On its turn, Tehran has denied any involvement.

This incident made headlines, as it came after another similar attack involving four tankers off Fujairah, in May.

The immediate consequences of the latest attacks was a deterioration of diplomatic relations between the US and Iran, a surge in oil prices by 4%, as well as an increase in marine insurance costs for tanker owners.

Events already have led to a higher war risk cost. This will be borne by someone, most likely the charterer according to the current war risk clause wording. However commercial terms will be negotiated on a case by case basis. Armed guards are also a possibility, which introduces an additional cost and escalates overall risk,

VesselsValue expects to see a significant increase in exports from other key oil producing countries who can provide seaborne trades:

A likely outcome would be an immediate relaxation on the Venezuelan sanctions, which have a more discretionary basis for their implementation, so the Aframax trade in the Caribbean could see a surprise resurgence.

Meanwhile, countries in the far east dominate the destinations for VLCC cargoes out of the Arabian Gulf.

Oil flows to Asian refiners and India would be disrupted. This would reduce refinery crack spreads in these countries, discouraging runs.

There would be some demand destruction as a result of price increases, but the markets these refineries support would seek refined oil products from other regions, which would benefit US and European refiners who have easier access to Atlantic Basin trades.

Rising tensions could spur renewed interest in some offshore projects outside the Arabian Gulf, and producers may seek to optimise production from offshore locations depending on the severity of the conflict.

Regardless, the increased probability of supply disruptions will nudge the dial on some investment decisions towards yes. 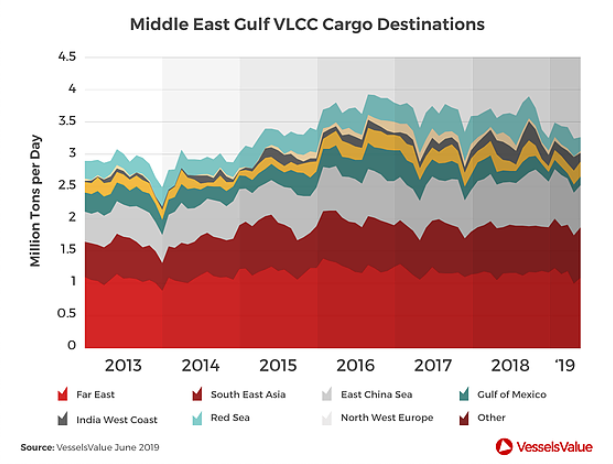 The main result would be higher oil prices, resulting in lower demand for oil products in the short and medium term.

Producers outside the Arabian Gulf would see the greatest benefit, particularly in the US, West Africa, and Brazil.

These markets see more smaller crude carriers such as Suezmaxes and Aframaxes due to port limitations, but we would expect many VLCC ballasters to head to West Africa, Brazil, and the US Gulf.