by The Editorial Team
in Alerts, Connectivity 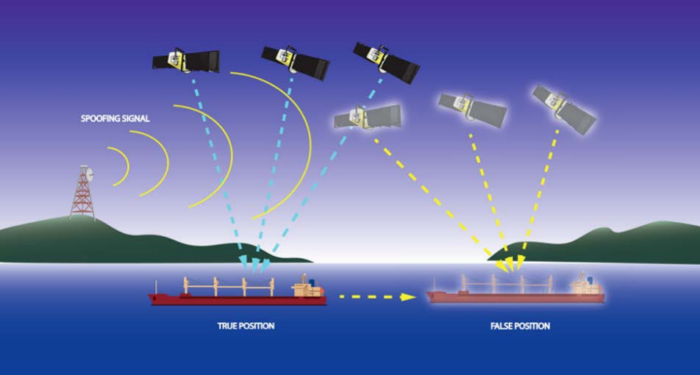 GPS spoofing is a common incident nowadays, with the People’s Republic of China reporting that in 2019 there was a number of GPS spoofing incidents in and around coastal areas and ports.

In light of these reports, the Center for Advanced Defense Studies (C4ADS), a nonprofit organization that analyzes global conflict and security issues, examined automatic identification system (AIS) data in the area and discovered that hundreds of vessels were spoofed, with the activity being ongoing for months against vessels across Shanghai simultaneously and mostly vessels navigating the Huangpu River.

The monitoring of the situation revealed that GPS signals congregated into large circles, later dubbed “crop circles”. This is a different tactic in comparison to traditional spoofing, with the latter moving signals to the same position creating a confusing traffic situation for ships’ pilots.

Thus, the American Club highlights that

Spoofing is more easily detected in coastal areas because of the wide availability of terrestrial and satellite based AIS data.

A series of spoofing incidents was last time reported in 2017 in the Black Sea; Yet, there is a great possibility that the kinds of mass disruptions as seen in the Black Sea and PRC maritime regions are occurring elsewhere as they have been difficult to detect.

In light of the dangers and challenges of GPS spoofing, the Club alerts all stakeholders to take precautions if experiencing jamming (blocking of the satellite signal so that a receiver can no longer operate), or spoofing (making a GPS receiver display a false position).

Under the possibility that a GPS malfunction occurs, Masters should follow the measures below:

In September, the US MARAD alerted the shipping industry of GPS interference in the Eastern and Central Mediterranean Sea and the Suez Canal, as again in August the Administration warned that vessels operating in the Persian Gulf, Strait of Hormuz, and Gulf of Oman may also encounter GPS interference, bridge-to-bridge communications spoofing or other communications jamming with little to no warning.