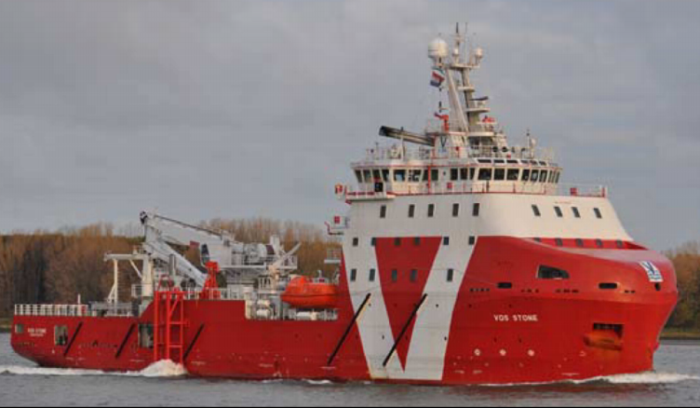 The German Bureau of Maritime Casualty Investigation published its report on the offshore supply vessels Vos Stone, which hit a wind turbine under construction. Both the ship and the turbine were damaged, while three people sustained minor injuries.

On 10 April 2018, Vos Stone was operating in the AOWF at TP AB01, a wind turbine under construction. While the team was making the necessary preparations to to feed the cable at TP AB01, they were called back due to deteriorating weather conditions.

The return of the ship was carried by means of an Ampelmann gangway and was completed a littler later.

Just minutes after casting off from the wind turbine, the master decided to test an emergency control system, which resulted in the loss of control of the ship.

The wind and waves pushed Vos Stone back against TP AB01. The 1/O regained control of the ship shortly before the allision, but there was no longer sufficient time to prevent it.

The platform sustained minor damage, while three crewmembers onboard the Vos Stone suffered minor injuries as a result of the impact. In addition, the damage to the ship was so bad that it had to call at a shipyard.

Moreover, the 2/O was not fully conversant with operating the DP. As a result, ship management should continue to ensure that navigators are conversant with the specific technology of this ship.

What is more, internal communication between navigators on the bridge could be better. The master should inform the OOW of his intentions and actions, so as to avoid complications.

Finally, bridge management after the accident was poor.

After the accident, the operation company VBMS established a list of points that needed to be worked on, before the ship starts operation again. These include:

See more details into the accident, in the PDF below 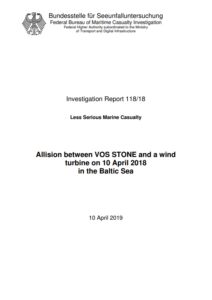