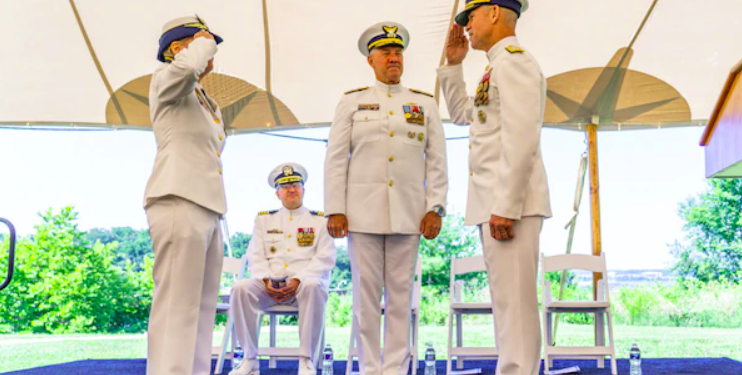 Adm. Linda Fagan relieved Adm. Charles Ray as the 32nd Vice Commandant of the Coast Guard during a Change of Watch ceremony at Coast Guard Headquarters, June 18, 2021. Ray retired after more than 40 years of service in the USCG / Credit: USCG

The US Coast Guard officially welcomed Adm. Linda L. Fagan as the first female four-star Admiral in the service, during a military change-of-watch ceremony held Friday at USCG headquarters.

Adm. Fagan most recently served as the commander of the Coast Guard Pacific Area, overseeing all Coast Guard operations in the Pacific, covering more than 74 million square miles of ocean, from the US Western States to Asia, and from the Arctic to Antarctica.

Adm. Fagan, it is an honor to welcome you as the first woman to serve as a four-star admiral in the U.S. Coast Guard, and I congratulate you as you assume the duties as our 32nd Vice Commandant. I am proud to be part of this historic moment and look forward to leading the Coast Guard alongside of you,

Fagan graduated from the U.S. Coast Guard Academy in 1985. In 2017, the USCG issued Fagan the Gold Ancient Trident for marine safety, making her the first person to be presented with the acknowledgement, the service had announced at the time.