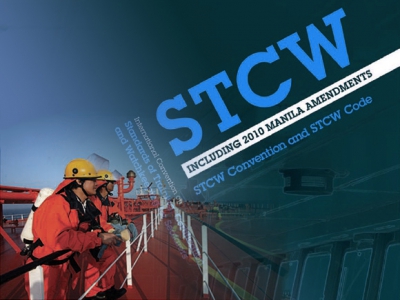 Implementation of the STCW 2010 Amendments

The U.S. Coast Guard announced the publication of the final rule “Implementation of the Amendments to the International Convention on Standards of Training, Certification and Watchkeeping for Seafarers, 1978, and Changes to National Endorsements” in the Federal Register.

This final rule will implement the International Convention on Standards of Training, Certification and Watchkeeping for Seafarers, 1978, as amended (STCW Convention), as well as the Seafarer’s Training, Certification and Watchkeeping Code (STCW Code), to address the comments received from the public in response to the supplemental notice of proposed rulemaking and to incorporate the 2010 amendments to the STCW Convention, which came into force January 1, 2012. In addition, this final rule makes other changes not required by the STCW Convention or Code, but necessary to reorganize, clarify and update these regulations.

The major changes in this rule will:

This final rule is effective March 24, 2014 except for46 CFR part 10, subpart C, which is effective January 23, 2014. The incorporation by reference of certain publications listed in the rule is approved by the Director of the Federal Register on March 24, 2014.

All signatories to the STCW Convention are presumed to be fulfilling their obligations under the Convention and, by publishing and implementing this final rule, the U.S. is joining the other signatories, including, but not limited to, Australia, Canada, France, Germany, Norway, Russia, Sweden, and the United Kingdom. The U.S. is also ensuring that the U.S. remains on the IMO “White List” of countries giving the Convention full and complete effect. Inclusion on this list entitles U.S.-flag vessels to equal treatment under foreign nation port state control procedures, and enables U.S. mariners to compete in the global workforce. This final rule alsoensures that U.S. mariner credentialing requirements are consistent with international standards. Additionally, the rule strengthens U.S. authority to enforce the STCW Convention and STCW Code against foreign flag vessels in U.S. waters.

Over 90 percent of ships visiting U.S. waters are foreign-flag carrying multinational crews, and are subject to STCW. Additionally, approximately 1044 U.S. documented commercial vessels operate on ocean or near coastal voyages and are subject to the provisions of STCW. Implementation and enforcement of the STCW requirements promote shipboard practices that reduce the risk of human errors that could potentially lead to an accident in U.S. waters.