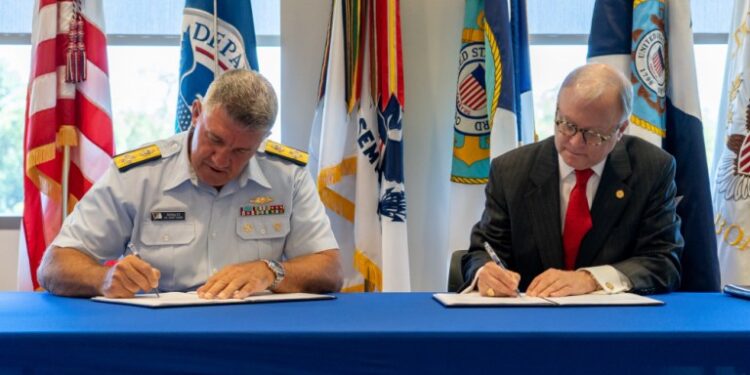 The US Coast Guard and the National Transportation Safety Board signed an updated MoU on 17 June 2021, aiming to institutionalize best practices developed during recent joint investigations including El Faro, Strech Duck 7, Golden Ray, and Conception.

The updated MoU replaces a 2008 USCG-NTSB MoU, which was a valuable tool to ensure the two agencies work in an efficient manner, particularly during the often-demanding early stages of an incident.

The NTSB and the Coast Guard entered into this MoU to facilitate timely cooperation between the agencies as they carry out their respective statutory missions. The MoU is intended to assist in determining which agency will lead certain major marine casualties and accidents involving public and non-public vessels. The primary goal is to establish standard procedures for interagency communication, cooperation, and coordination.

Significant changes include provisions regarding NTSB interaction with CG-led incident response operations in accordance with CG Incident Command System (ICS) protocols, protocols for NTSB to utilize its Transportation Disaster Assistance (TDA) resources to provide support to next of kin when the CG is the investigative lead, and procedures for NTSB participation and lab support for IMO investigations where the CG participates as the designated US Federal authority serving in the capacity as the Substantially Interested State (SIS).

Signing for their respective agencies were Admiral Karl Schultz, Commandant US Coast Guard, and the Honorable Robert Sumwalt, Chairman of the NTSB.