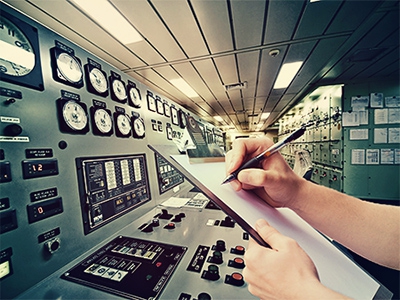 The US Coast Guard has published its 2014 Annual Report on Port State Control.The report provides key statistics related to enforcement of international requirements with regard to foreign flag vessels calling in US ports.

Flag Administration safety performance for 2014 decreased from the previous year, with the overall annual detention rate increasing from 1.29% to 1.55%. In addition, the three-year rolling detention ratio increased slightly from 1.11% to 1.31%. The Flag Administrations of New Zealand, Peru, and the Philippines were all removed from USCG’s Targeted Flag List.

USCG also notes that vessels from the Flag Administrations of Curacao, Anguilla, Kiribati, and Malaysia are potentially qualified for USCG’s QUALSHIP 21 Program and their vessels will be entered into the program, contingent upon the Administration and the vessels meeting other required criteria.

Flag Administration security performance for 2014 slightly decreased from the previous year, with the Coast Guard annual Control Action Ratio (CAR) increasing from 0.09% to 0.12%. However, the threeyear rolling average CAR has dropped from 0.12% to 0.10%, representing the lowest three-year security detention ratio USCG has ever recorded.

In 2014 the top three areas for detainable deficiencies remain the same from last year with ISM, MARPOL Annex I, and Fire Fighting Appliance deficiencies leading the way.

Last year, USCG introduced a proposal to lower the flag state eligibility for the program to 0.8% by 2018. Based on the comments received, USCG has decided to retain the QUALSHIP 21 eligibility at a detention ratio of 1.0% or less for the near future.

In addition, USCG is now calculating QUALSHIP 21 eligibility based on the number of detentions divided by the number of PSC exams over the past three years. In the past, USCG used the number of distinct vessel arrivals but have made this change to keep its detention ratio method in line with those employed by the Paris and Tokyo MOUs.

Please click below to read USCG Annual Report on Port State Control for 2014: